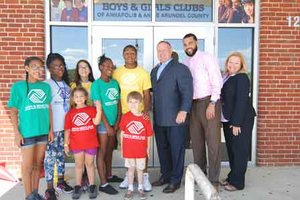 News of the fatal mansion fire that occurred on January 19, 2015 in Annapolis, which claimed the lives of 56-year-old Donald Pyle, 63-year-old Sandra Pyle and four of their grandchildren— Alexis Boone, 8; Kaitlyn Boone, 7; Wesley Boone, 6; and Charlotte Boone, 8— shocked their family, friends and even strangers. 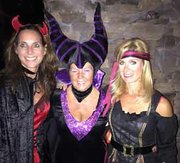 A report issued by the ATF and the Anne Arundel Fire Department revealed that an overheated electrical outlet ignited a Christmas tree, causing the blaze of the castle-like home on Childs Point Road.

Although friends and family are still coping with the tragic loss of their loved ones, a group of volunteers agreed that raising money for Don and Sandy’s favorite organizations could keep their memory alive. They had a history of supporting charitable organizations in Maryland.

With the help of Pat McCoy, who was a friend and colleague of Don’s, a board of 10 was established for the Don and Sandy Pyle Charity Foundation. On June 1, golf volunteers, supporters and friends convened at Old South Country Club in Lothian, Md. for a first annual golf outing fundraiser. Victor Roy, senior vice president of wealth management at UBS Financial Services Inc. (UBS) in Annapolis, and Stacey Alviani—a client service associate at the company— were among volunteers who helped to run the golf fundraiser.

“Everyone came up with the quote, ‘Doing it for Don,’” Roy said. “We had the golf tournament and we raised about $45,000 (after expenses) in June.”

Proceeds from the event were divided equally between The Cal Ripken, Sr. Foundation, The Boys & Girls Club of Annapolis, the Maryland SPCA and The Severn School Boone/Pyle Scholarship Fund, which was reportedly established by the Boone families to honor the memory of the four Boone children who died in the fire. All four children attended Severn School in Severna Park.

The golf tournament was extremely special for Roy, a friend who had known the Pyles since the late nineties. Roy was their neighbor, before they moved to the waterfront home on Childs Point Road. He later became their wealth manager.

“They were the complete opposites. Obviously, Don was a very good businessman. He built a pretty big nest egg and… was successful at technology, software, telecommunications kind of stuff,” Roy said. “Sandy was the complete opposite. She was so much fun and would arrange the parties, charity events and giving back.”

Roy reminisced about Sandy—the fun-loving woman who hosted an annual fundraiser at her home to benefit the Cal Ripken, Sr. Foundation. She loved Ripken, the Baltimore Orioles and pets. Don, who was the chief operating officer of the IT company, ScienceLogic in Virginia, was a lacrosse fan who grew up in Baltimore.

While carrying heartfelt memories like these with him, Roy presented an $11,250 donation raised from the golf fundraiser to Steven Cornette, CEO of the Boys & Girls Clubs of Annapolis & Anne Arundel County (BGCAA) on July 22. Alviani also attended with Roy. The representatives of the Don and Sandy Pyle Charity Foundation were happy to help Sandy and Don continue their legacy of giving from heaven.

“BGCAA is humbled and honored to be a part of the Pyle family legacy. The golf tournament donation will go a long way in helping us transform the lives of underserved youth in all six of our clubhouses with programs targeted at healthy and active lifestyles – programs that will better the future of our community, one young person at a time,” Cornette said.

Roy believes that future fundraising efforts will gain momentum since Don and Sandy were well loved. The plan is to rotate future charity donations, while continuing to honor them.

“At the end of the day, you feel really good that you’re still helping the people that were dear to Sandy and Don, but it is painful. You keep on remembering them, but I guess everyone deals with grief differently…,” Roy said. “They were successful, but they gave a lot back. A lot of people are really kind of hurt. You hurt because you lost them, but a lot of people counted on their help for their organizations. It’s another reason to keep this going.”