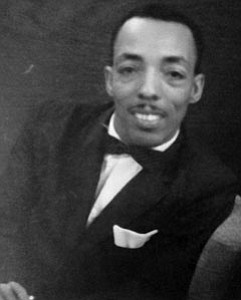 BALTIMORE — I remember the wonderful times that I had with a beautiful person who came into my life in 1973 in the form of Charles W. “Hoppy Adams, Jr. He was a distinguished radio personality and executive vice president with the radio station WANN located in Annapolis, Maryland. (He held that position for over 40 years). At the time, I was an entrepreneur, entertainment promoter, a licensed booking agent for local and national musicians and managed about five groups. I wanted to present a first class show in the Annapolis and Eastern Shore areas, so I asked “Hoppy Adams for his help to advertise my shows in these areas as well as to be the Master of Ceremony for all the shows. He agreed and we sold out every show. 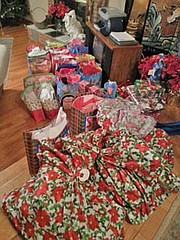 Each year many families are in need of a helping hand. The Hoppy Adams Foundation provides to needy families during the holiday season.

Mr. Adams started working at the radio station WANN in 1952. He spun records of rising R&B artists at the time, such as Otis Redding and James Brown, who would call in to his show. He brought in African-American artists to play in the Annapolis and Eastern Shore areas. “Hoppy Adams” who got the nick-name from the Rev. John T. Chambers Sr. because of a bum leg, took him under his wing at Chambers Barber Shop where Mr. Adams learned to cut hair. He also drove a cab and later owned his own cab company in Annapolis.

Hoppy Adams was very active in the community and throughout his adult life found ways to raise money for a good cause. He was a philanthropist and gave money anonymously to those who needed it. He helped kids get through their first year of college, donated food to the homeless and helped musicians get a start by playing their first recording on the air.

Charles W. “Hoppy Adams”, Jr. died May 1, 2005 from cancer at the Baltimore Washington Hospital Center in Baltimor. In the following year 2006, the Charles W. Hoppy Adams, Jr. Foundation was founded by his son, Charles W. Adams III as a 501( c) (3), non-profit organization to fulfill the vision of Hoppy Adams, to promote and provide charitable, and educational services for youth and adults located in the Annapolis metropolitan area. The primary goal of the foundation is to communicate compassion and confidence in the community.

Each year more and more families are in need of a helping hand as it becomes more challenging and difficult for them to provide gifts, toys, and the joys associated with the holiday season. During this time the Hoppy Adams Foundation provides turkey, food, toys, clothing, coats and gift cards to these needy families. Unfortunately, they cannot do this without help and they depend on your partnerships to make these endeavors a success. They are asking you to help their “Hoppy Holiday Helpers” to bring a smile to an underprivileged child whose family may not have a Christmas dinner to enjoy or a toy or gift to open on Christmas. They hope that you will help them by making a donation to the Hoppy Adams Foundation. However large or small, any help towards these efforts would be greatly appreciated. Your donation will bring enjoyment during the holiday season that will last for a lifetime.