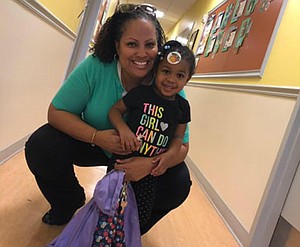 November was National Adoption Awareness Month, which came about as an effort to encourage families to consider adopting children in the foster care system.

First introduced in 1976 by then Massachusetts Governor Michael Dukakis as National Adoption Week, who wanted to help find forever homes for the massive number of children in foster care.

Former President Gerald Ford made the initiative a proclamation due to the large number of states participating in the week. Thus, the month of November which is usually associated with

Thanksgiving— a time for families to come together over food, fellowship and football— was proclaimed as National Adoption Month in 1990 by then President George H.W. Bush.

Adoption is a great option for all families, especially African-American families who typically “take in” children as a regular practice. The informal practice of “adopting” children began in the United States when black families were often destroyed by the system and practice of slavery. Slaves were sold and traded, so families were broken up, leaving children behind in need of care.

Following slavery, Jim Crow and other national segregation policies discriminated against blacks, denying them adoption services afforded whites by adoption agencies and institutions, resulting in many black children in need of guardianship.

According to The Adoption History Project at the University of Oregon, “In some states with large African-American populations, such as Florida and Louisiana, not a single African-American child was placed for adoption by an agency for many years running as recently as the 1940s.”

The practice of caring for children that may not have been biologically related, was prevalent and continues today.

Nearly 23 percent of African-American children are being raised by a grandparent due to a number of socio-political and sicio-economic issues— mass incarceration, health issues, divorce, unemployment. Black folks step up when our children need us and many children we may not know need us now.

In 2015, 670,000 children spent time in foster care and that number is growing. If we consider the number of black children available for adoption through private agencies, then It is clear that the agencies are teeming with black children that need good homes. Black and brown children are the least likely to be adopted and disproportionately age out of the foster care system.

Thus, it is imperative that black people, who have a history of informal adoption practices, consider adopting children as an option.

As an adoptive parent from a family with a history of adoption on both sides, I often say if you have a lot of love, are financially and emotionally stable and have good sense, then adoption is for you.

When I was in the process of adopting, I heard terrible things from so-called friends, “You don’t know what you’re getting,” and “Adopted kids are messed up,” or “Adopted kids have a hard time bonding with their families.” My response was always, “The prisons are full of people who know their parents,” and “As an educator, many are messed up and it isn’t because they’re adopted,” or “Adopted children aren’t the only children who have a hard time bonding with their parents.”