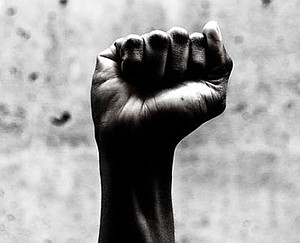 The Governor’s Office on Service and Volunteerism announced the opening of the nomination period for the Annual Black History Month Community Leaders Awards.

The awards ceremony, which was introduced last year, recognizes Maryland-based, African American-founded organizations that provide exceptional volunteer service to improve Maryland communities for all. Recipients will be announced during an awards ceremony in February 2019.

“The inaugural Black History Month Community Leaders Awards program was met with an overwhelmingly positive reception and we had the honor of awarding some outstanding Marylanders during an uplifting and inspirational ceremony appropriately held at the Banneker-Douglass Museum,” said Van Brooks, director of the Governor’s Office on Service and Volunteerism. “We remain committed to recognizing all Marylanders who seek to improve the world around us through service and volunteerism, and look forward to seeing this year’s nominations to learn about the significant contributions that Maryland’s African American-founded organizations continue to provide for our communities.”

Over 100 nominations were received for the inaugural Black History Month Community Leaders Awards and ten organizations were selected to be presented the accolade during an awards ceremony held at the Banneker-Douglass Museum last February.

The deadline to submit a nomination for eligible organizations is Friday, January 4, 2019. Eligible organizations must be Maryland-based, African American-founded, and must have been operational for at least two years. Selection for the awards will be based on nominations received that describe the highest degree of meaningful volunteer commitment and service, making a transformative impact in the community.


Recipients of the awards will be notified and honored in a February 2019 ceremony in Annapolis.

For more information and to nominate an organization, visit: gosv.maryland.gov/blackhistorymonth.