How Holiday Food Poisoning Could Lead To Long-Term GI Issue 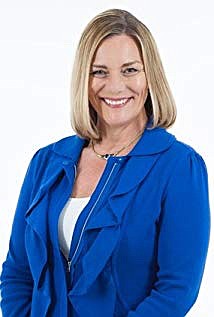 The Centers for Disease Control and Prevention (CDC) estimates that there are 48 million episodes of food poisoning per year, with cases spiking around the holidays during November and December. This spike is often due to improper cooking times or temperatures, or leaving food out for extended periods of time, which can happen at this time when numerous holiday meals are being made. As the risk for food poisoning rises, people need to stay mindful about acute intestinal infection as well as the potential longer-term implications such as irritable bowel syndrome with diarrhea (IBS-D), which is responsible for several outbreaks in Maryland over the years.

Your gut microbiome is composed of trillions of bacteria in the digestive tract. Clostridium perfringens, a very common bacterial cause of food poisoning, causes one million illnesses each year and is responsible for several outbreaks in the United States over the years. Linked to foods commonly served during the holidays, such as turkey and roast beef, these illnesses are often due to improper cooking and handling or bacterial growth that occurs when foods are left at room temperature for too long.

While most people know that food poisoning can cause a very unpleasant acute infection (and in the near term would certainly ruin a holiday celebration), the misery of a bout of food poisoning may not end when the vomiting or diarrhea does. For some people, that bacterial contamination in their system may be the culprit behind long-term gut health issues, like IBS-D.

IBS-D affects an estimated 16 million Americans, causing distinct symptoms such as abdominal pain and diarrhea. While the exact cause of IBS-D is unknown, and patients may have IBS for more than one reason, there has been growing data linking the development of IBS to previous gastrointestinal infection or food poisoning. Other potential causes of IBS-D include communication problems between the brain and digestive system and a family history of IBS.

Although there is currently no cure for IBS-D, there are different treatments, from lifestyle changes to prescription medicines that address the symptoms of IBS-D. If one treatment isn’t working, it’s important to ask your healthcare professional about trying a different medication to find the treatment that is right for you.

If you are experiencing any symptoms of IBS-D, it’s important to speak with your healthcare provider about your complete medical history, including any prior episodes of food poisoning.

In the meantime, when hosting company or customers this holiday season, ensure proper preparation and handling of foods that are commonly prepared ahead of time or allowed to sit at room temperature before serving, as this can help in the short and long term.

Additional information on food safety can be found on the CDC’s website. For more information about IBS-D, visit IBSDUpClose.com.

Donnica L. Moore, MD is highly regarded as a women's health expert and advocate, and as a physician educator and as a media commentator. Dr. Donnica is also founding co-chair of the annual national Congress on Women's Health.