From A Digital Desert To An Entrepreneurial Hub 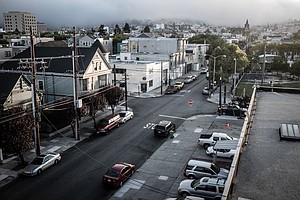 The National Black Chamber of Commerce (NBCC) has launched a prototype project that, if successful, will transform minority, low-income and rural communities from forgotten places into entrepreneurial hubs of economic innovation. Our goal is to create communities with access to 5G-technology, integrated into low-income housing, job training and access to telemedicine and social services. It will all be done with private sector resources.

If this prototype is successful, it will revolutionize economic development in these distressed areas.

We have narrowed the search for the city, we have political and church support. We have private sector developers who will bid on the project.

The vision is to organize a private sector prototype to transform low-income, minority and rural communities from forgotten places into entrepreneurial hubs of economic innovation by creating communities with access to 5G-technology that is integrated into low-income housing, job training and access to telemedicine and social services.

There is an urgent need to enhance minority, low-income and rural communities. While these communities suffer from poor schools, low educational levels, high unemployment, drug abuse and many other problems, these problems can only get worse as automation and artificial intelligence further penetrate society. Moreover, recent studies indicate that in the next decade over 50 percent of the working population will work as “freelancers.” To address the future these minority, low-income and rural communities need to develop a path that creates jobs in their communities.

The top-down approach has failed after 65 years of government funding. How would a bottom-up approach work? The foundation of the prototype is to develop technology (cell towers and small cell 5G technology) and low-income housing in a community to provide the community jobs that have access to the world. The technology without people and workers is useless. Housing without technology is just another housing project. It is the combination that provides a future to the community.

The prototype financing would be provided by developers of the specific parts of the project. The primary form of financing for the housing portion of the experiment would be, the sale of federal low-income housing tax credits, a small mortgage, and hopefully the donation of the land by the city. The cell towers would be financed by the attachments to the towers.

Generally, the combination of the proceeds from the sale of the tax credits along with the subsidized rents supports the entire cost of the housing. If the area is extremely poor, such as an area we are looking at in the Mississippi Delta as well as a few urban centers, there can be a 10 percent deficit that has to be filled with state housing tax credits, if available in the state, or by a foundation or cross-subsidy from the revenues of the cell towers.

Jobs would be created in the construction of the project, the long-term management of the housing units and with the addition of 5G technology the community would have the ability to create technology jobs and market their products to the world.

Without access to high-speed broadband, minority and low-income com-munities will be permanently stuck in a wasteland, which has few jobs, few skills, few employers and little access to education. Recent studies indicate that in the next decade over 50 percent of the U.S. working population will work as “freelancers.” To address the future these minority, low-income and rural communities need to develop a path that helps them create jobs in their communities.