We Need A Healthcare System That Supports The New American Workforce 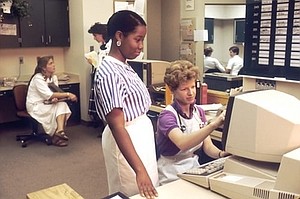 Americans are increasingly leaving their traditional 9-to-5 jobs to work for themselves. Last year, nearly 57 million people performed freelance work -- up from 53 million in 2014.

The Affordable Care Act made this transition possible for many. It enabled millions of Americans, including those with pre-existing conditions, to purchase health insurance independent of their employer. Consequently, Americans can work independently without worrying that medical emergencies could destroy their finances.

As the head of community at Fiverr, an online marketplace for independent work, I've seen first-hand how important affordable health care is for people to pursue freelancing. Yet policymakers have repeatedly tried to undermine the ACA. These efforts have caused premiums to increase, making coverage unfeasible for many.

Attacking the ACA further is a mistake. Instead, lawmakers should protect and strengthen the law. Independent work allows people to become their own bosses -- and boosts the economy.

Consider this hypothetical -- a small public relations firm occasionally needs to make some infographics. In past decades, that firm would have had to hire an in-house graphic designer. That's expensive. And only designers within commuting distance could apply. But now, the firm can engage a freelancer -- who could have many similar clients and earn a sizeable income. Indeed, in 2018, skilled freelancers in the top 25 markets for independent work generated over $135 billion in revenue.

Win-win scenarios like this help explain why freelancing contributes $1.4 trillion to the American economy annually.

Many Americans want to work independently but remain tethered to their employers for health benefits. Fifty-six percent of Americans cite health insurance as the reason they've stayed with their current employers.

The ACA sought to remove this barrier, and it largely succeeded -- at least under President Obama. In 2013, the year before most ACA provisions went into effect, only 64 percent of full-time independent workers had health insurance. By 2016, that increased to 83 percent.

The ACA also spurred entrepreneurship. Consider a study from one Temple University researcher who analyzed the ACA provision that allowed young Americans to stay on their parents' insurance until age 26. Young people who received that coverage capitalized on the security it provided. They were up to three times more likely to start their own businesses.

Yet some politicians have relentlessly attacked the ACA. In late 2017, Congress neutered the law's individual mandate -- the requirement that all Americans obtain insurance or pay a penalty. The Trump administration has also allowed insurers to sell lightly regulated plans that cover only some of the benefits included in standard ACA plans.

These politicians hope that, due to these reforms, young, healthy workers will forgo coverage or enroll in junk insurance plans. That would leave only older, sicker Americans in the ACA's insurance exchanges. Premiums would surge, making plans unaffordable for millions of middle-class people who don't receive subsidies.

Sadly, the efforts to undermine the law are working. Last year, exchange plan premiums rose 6 percent more than they would have absent this sabotage. The number of people enrolled in unsubsidized ACA plans plummeted from 6.3 million in 2016 to 3.8 million in 2018.

Politicians could promote entrepreneurship by restoring the individual mandate and taking steps to uncouple health insurance from employment. Such reforms are good policy and good politics. More than half of freelancers consider themselves politically active, compared to only a third of non-freelancers.

All Americans should be able to pursue independent work. Health coverage mustn't stand in the way.