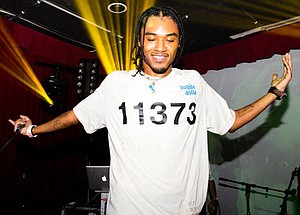 There is always something to be said for originality. When it comes to creativity, there are many things one can do outside of society’s perceived boxes and the best thing one can do is to create something brand-new from the depths of their very own imagination. To craft something original, is to take one’s uniqueness and package it for others.

This may sound like a simple feat but it takes a combination of skill, talent, passion, perseverance, dedication and determination to be able to create something out of nothing. It may take years of practice in the face of countless obstacles and failures, and it may still never be enough.

It may not be enough to be an individual with a good idea. You have to be committed to that idea with every fiber of your being. The personal roadblock that many face on the “path to success” is belief in oneself— confidence. Backing your own uniqueness and trusting yourself that you are destined for the best that life has to offer, even though many may never fully grasp your vision, and that’s okay. Making a conscious decision to be an individual may lead to feelings of loneliness and doubt.

I would wager that not many people on the planet understand this notion better than Baltimore’s very own rapper, Butch Dawson. His 2018 absolute smash hit-single, “Feel Nobody,” has rocketed to over 400,000 plays between Spotify and Soundcloud since May.

A grungy, gritty, grimy track with grating 808 drums threatening your speakers, over which Dawson spits angry verses about the struggles of growing up in West Baltimore doing whatever he felt necessary to survive. (“Laurens and Division Bred! | Got it tatted on me!”) Now, that he seems to be “making it,” he wants all the people who didn’t support him to know, they have no chance coming around just because he is achieving his dreams. He “feels nobody,” because nobody was there to “feel him.” He believed in himself when not many did and now his hard work and persistence is beginning to pay off.

On Friday, December 28, 2018, Butch performed at his very own Second Annual Butch Dawson & Friends show at the Wind Up Space on North Avenue. Free to the public, featuring popular local acts such as James P and Al Rogers, it was no surprise to see a venue filled wall-to-wall with people near show time. And perform, they did. Butch Dawson and his friends also brought up and coming artists to the stage to do a song or two.

Meant to be a medley of rappers and DJ’s, performing their premier tracks to gain as much exposure at possible, about 40 minutes was blocked off for various musicians to open for Butch. It was interesting to see the thought process in allowing multiple artists to perform who in turn invited a broader circle of people to maximize exposure— potentially increasing ticket sales is the type of thinking that will propel him to the top of the rap game.