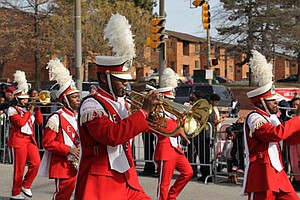 ANNAPOLIS — Visit Annapolis and celebrate the legacy of Dr. Martin Luther King, Jr. during the holiday weekend of January 19-21, 2019.

Maryland’s beautiful seaside capital has a history that prominently features African Americans. The city’s records from the 19th century state “they comprised one-third of the population in Annapolis.”

King became the inspirational leader of the African-American Civil Rights Movement after delivering his immortal “I Have a Dream” speech in 1963.

You and your family can spend Saturday and Sunday visiting the Banneker-Douglas Museum and Kunta Kinte-Alex Haley Memorial, along with the other usual Annapolis landmarks like the Naval Academy.

On Monday, get ready to be entertained during the 5th Annual MLK Day Dream to Reality Parade, which is hosted by the City of Annapolis and the MLK Parade Committee.

The parade starts at 12 noon on Monday, January 21, 2019— beginning on Amos Garrett Boulevard and continuing down West Street and Main Street, the parade will be a celebration of Dr. King’s life and equality for all Americans.