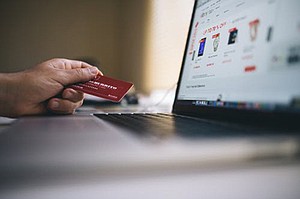 Black Friday, the knockdown, drag-out, mother-of-all-shopping-days, and the traditional start of the Christmas shopping season is here.

With consumers expected to dig deep into their wallets and spend as much as $1.1 trillion this holiday season, the time is now for gift buying, deals, savings and debt— lots of debt.

A new report from the District of Columbia-based personal finance website WalletHub, has revealed that 35 million Americans still have credit card debt from last holiday season, and nearly one-third of consumers will spend less this year than in 2018. The study also found that 52 percent of people don’t think Black Friday sales are anything special including 54 percent of women; 49 percent of men; 64 percent of those 59 years-old and older; and 37 percent of individuals between 18 and 29.

The study noted that one in five Americans will owe holiday credit card debt into at least February.

As a side note, Americans also noted what they would pay extra for this holiday season just to make something go away.

While debt is the primary focus of the study, experts noted that credit cards can be confusing, perhaps even dangerous if used irresponsibly.

WalletHub experts say credit cards can also be the ticket to hundreds, maybe even thousands, of dollars in savings, thanks to their credit-building capabilities, rewards and 0 percent financing deals.

The study noted several questions for consumers to consider, including should everyone have at least one credit card? Are credit cards safer now than before the Great Recession? Are consumers good at picking credit cards? What are the biggest pitfalls?

“Yes, everyone should have at least one credit card simply because it is the easiest method of establishing and maintaining credit,” said WalletHub Expert James Estes, a Professor of Finance at California State University San Bernardino. “In addition, I believe that a second credit card, with the lowest fees, should be kept as an emergency fund substitute. Often when an emergency occurs, it is not the best time to liquidate assets, and at current interest rates, one would lose money in light of inflation.

“A credit card for emergencies would allow a 30 day window to pay off its use with invested funds, possibly mitigating the inopportune time to sell in need of immediate funds.”

Harold Hartmann, a WalletHub expert and assistant professor of Accounting at the Eastern Connecticut State University, said credit cards are safer now than they were prior to the Great Recession.

“But due to the amount of data that is transferred and the sophistication of hackers no one is completely safe at all,” Hartmann said. “The chip technology is a good addition to security for credit cards and I also think the credit card are proactive in trying to head of fraudulent charges. My wife had her card declined the other day; she tried it again and it [was] declined again.

“She called the card company and they had flagged her card for a suspicious transaction. That transaction turned out to be our weekly breakfast spot and it was inconvenient, but the take is they are trying to get it right. So, safer now yes; safe— not so much.”

Family background, familial behavior pattern, personality, and financial education are all factors in knowing whether a consumer is good at picking the right credit cards, said Nan Li, a WalletHub expert and associate professor of Business and Economics at California University of Pennsylvania.

Li noted some of the pitfalls.

“The biggest pitfall is deceiving yourself by thinking you can pay the credit card bill later when you can’t pay it off now,” LI said. “People should use credit card the same way as they use their debit card, deeming it as their own money, never overspending.”