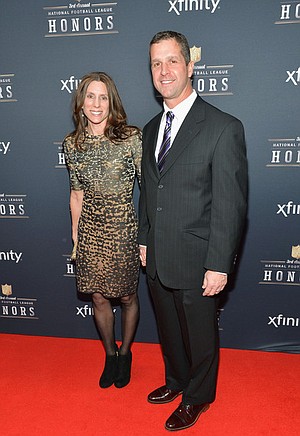 As the head coach of the Baltimore Ravens, a part of John Harbaugh's job is to keep the players focused and motivated. Sometimes, it's a tough thing to do because outside factors arise. Harbaugh recently made an effort to have the same impact on those who are working the front lines during the Covid-19 pandemic.

Memorial Hospital in Baltimore recently. He wanted to provide words of encouragement and to hear from them about the COVID-19 crisis.

"We are just so appreciative and so proud of what you do. I know you guys take it in stride and, I know you feel like it's part of the duty and in some ways what you signed up for but it doesn't lessen the sacrifice and service and courage," Harbaugh told the workers during the call.

"You guys have hands for work and hearts for God. You're doing God's work, healing work. We're thinking about you and we're with you. We want to do anything we can to help."

The Maryland Department of Health (MDH) recently reported over 8,000 people have tested positive for COVID-19 and 235 people have died. Close to 2,000 of those cases were in Baltimore.

There is an immense amount of pressure placed on those on the front line fighting this pandemic. They're risking their lives by coming to work but nevertheless, they continue to press forward in the fight everyday.

To show their appreciation and support, Harbaugh and his wife, Ingrid, made a donation to the Central Baltimore Partnership (CBP), which will help fund two meals a day for all emergency and critical-care workers at Union Memorial Hospital over four weeks.

Named the “Square Meals” initiative, the program is a collaboration between the Central Baltimore Partnership and several restaurants to provide two meals a day to hospital staff, including: doctors, nurses, janitorial and administrative staff. To date, over $30,000 has been raised largely from grassroots fundraising efforts.

Before ending his call with the hospital workers, Harbaugh told them he loved them and shared an infamous quote from his father, a former football coach. “Let's go out and attack the day with an enthusiasm unknown to mankind!"

As of April 8, 2020, approximately 700 meals have been distributed through the Square Meals initiative.

The public is invited to make a tax-deductible donation on the CBP website, Facebook or Pay Pal: helpcentralbalti