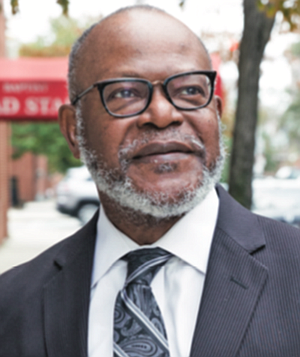 One of the iconic images of the of Spike Lee’s movie “Do The Right Thing” was a Korean storeowner located within the community posting a hand printed sign on his store window saying, “Me Black Too.”

The purpose of the signage was to prevent his store from being looted or burned by identifying with the angry Black people within his community who had become extremely agitated by injustice and racism.

Similarly, rioting occurred after the assassination of Rev. Dr. Martin Luther King, Jr. when the power keg of racial abuse and injustice exploded and cities throughout America where set on fire.

Time and time again, there have been precipitating incidents against African Americans that have ignited the fuse on a time bomb burning in communities right below the surface.

Sparked by blatant police violence, or some atrocity against the personhood of an African American, or some racist action is all that is needed for people within communities to explode.

The names of people who because of police brutality caused the fuse of resistance to be lit due to abuse have in many cases resulted in people responding by burning and looting. We can no longer accept signage on stores we must demand dollars to buy stores.

In the case mentioned above, by posting the “Me Black Too” sign that Asian American’s store was spared.

Is this the secret to avoiding destruction by identifying with the plight of African Americans and posting some version of “Me Black Too” signage?

In many ways that’s what happening all over America, institutions and individuals you would never imagine are posting their version of “Me Black Too” and hoisting #BlackLivesMatter signs and writing statements expressing they are empathic with the movement and how they now seek to display their “Me Black Too” sign.

Can you imagine no more Aunt Jemima, gone is Uncle Ben, so long to Mrs. Butterworth and good-bye to the imagery on Cream of Wheat; every corporation and organization is doing a self analysis and quickly displaying their “Me Black Too” sign.

Why? Is it possible they understand what we don’t fully recognize, the power of the consumer dollar of the African American community?

Is that the reason why companies and advertisers are displaying their “Me Black Too” signage? They don’t want their economic businesses destroyed or threatened.

Check out NFL Commissioner Roger Goodell’s statement, though highly criticized as hypocritical, “We, the National Football League, believe black lives matter. I personally protest with you and want to be part of the much- needed change in this country. Without black players, there would be no National Football League. And the protests around the country are emblematic of the centuries of silence, inequality and oppression of black players coaches, fans and staff.”

That’s the biggest “Me Black Too” sign I’ve ever seen! For all of the hades Colin Rand Kaepernick endured and the minimization of the Black Out by the African American Community of football games, now the NFL aligns itself with #BlackLivesMatter.

Maybe the NFL understands something we don’t fully understand, if the Black Players and the Black Community joined together and took a stand, there would be no NFL: television viewership gone, advertisers gone, and all the profits the owners have enjoyed would be gone too.

“The National Football League (NFL) achieved a B for racial hiring practices and a C+ for gender hiring practices in the 2019 NFL Racial and Gender Report Card, released by The Institute for Diversity and Ethics in Sport (TIDES) at the University of Central Florida (UCF). This gave the NFL a combined B-grade. Their overall score of 79.3 percent is the lowest the League has recorded in the last 15 years. The B for racial hiring practices broke a streak of nine consecutive years of earning an A- or higher.” Maybe the ‘Me Black Too” sign is being posted by the Washington Football team, who has hired Jason Wright as the first Black President in NFL history. When you add Doug Williams, Senior Vice President of Player Development, overnight the Washington Football teams has put on display, #BlackLivesMatter” and “BlackBrainsMatter.

For “Me Black Too” and #BlackLivesMatter to have a lasting impact, it has to be more than a symbol or a slogan to stem the destruction of a particular enterprise. It must mean we as a community, society and culture realize the structural impediments to equal access to capital and ownership must be dismantled. Incremental progress has had too many starts and stops; we are in the two-minute drill to get the ball across the finish line of economic equality.