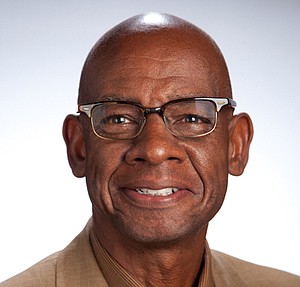 First came the weeping, then came the whipping. In the aftermath of a fire mistakenly started by him and his sister in their one-room apartment while his mother was at work, Robert Jackson’s shaken mother fell to weeping. The tears were brought on by relief that her kids were okay and likely guilt that as a single working mother, she had to leave little Robert and his sister to fend for themselves. After regaining her composure, she wiped her tears. She then gave Robert the whipping of his life. The post-beating lecture, Jackson recalled in an interview with Baltimore Times included her telling him, “You are too smart to be doing something like this because if you were stupid, then you wouldn't be alive right now. That really made an imprint on me.”

Jackson had undiagnosed dyslexia all through his youth, which in those days, was often misread. But, Jackson, buoyed by is mother’s belief in his intelligence, found ways to enrich himself educationally and ultimately achieved a long and successful career in media arts, including television and radio.

With his own unhappy experience in traditional education in mind, the Washington DC-raised Jackson started the non-profit B-Roll Media & Arts, Inc. in 2012. With his own money and funding from a number of sources, the program offers free of charge, eight-week sessions in photography, video, filmmaking, music production, and animation. Through a partnership with PG County Parks and Recreation, many of the classes are offered at their locations. The program is open to anyone thirteen to twenty-one though certain tracks are open only to older students. “The filmmaking program,” Jackson explains, “is for ages sixteen to twenty-one because younger kids just didn't have the discipline to sit and get the theory.” They also ask for a firm commitment to completing the full eight weeks of the program from participants.

Troubled that the sub-standard housing they were in might have played a part in how easily the fire had started, Jackson’s mother wrote to President Dwight D. Eisenhower and asked to be moved to better quality housing. Jackson isn’t sure if Eisenhower himself read the letter, but he does know his mother saw results. Recalls Jackson, “Shortly after she wrote that letter. We got moved. A car came and got us and took us to these newly-built projects in southwest DC. It made an impression on me.”

After a teacher at his elementary school told him he wasn’t smart Jackson says, “I knew I was better than that and I felt that I was going to prove them wrong.” Jackson joined the chess club and deliberately he says, “did activities where I had to use my brain.”

He became an ace football player, runner, and a gifted visual artist. He was also a drummer in the Anacostia High School Band and the VIP Drum and Bugle Corps, an experience so special to him, he made a short film about it.

A mom unafraid to write to the president for better housing for her children raised a son unafraid to write to his congressman for assistance. His dyslexia made it difficult to pass the test that would have allowed him to pursue photography while he was in the Navy, which he joined after high school, so Jackson wrote his DC Congressman. Jackson was then allowed to work in the photo lab where, through his own efforts, he picked up the necessary skills. “I became a Navy photographer,” he recalls triumphantly.

After a medical discharge from the Navy, he used the GI Bill to go to American University, double majoring in Visual Communications and Audio Technology. He then failed, more than once, the test for his FCC license which would allow him to get a job in the broadcasting field. Jackson persevered- again. “After several tries, I passed the FCC test and got my first license and became a broadcast engineer.” Jackson went on to a hugely successful career as an engineer and in technical operations management for companies like BET, NBC, CNN, and NPR.

As his stellar career wound down, Jackson realized he “wanted to be of service to young people.”

In the internet era, the programs taught in B-Roll are at least as important as reading and writing, and in some cases, are even more important. Jackson notes, “The sky is the limit for kids who go through these programs.”

He’s been impressed with the comfort Generation Z has with technology. “This younger generation is unafraid to tackle technology of any type.” He also notices a downside. “They want immediate gratification so the concept of being goal-oriented and working toward a specific goal gets lost, and needs to be focused on.”

Starting and running B-Roll is challenging and Jackson reveals he experienced moments of discouragement that pushed him to consider giving up. However, the universe always shows up, gently but firmly urging him to carry on. A spiritual connection he felt during a near-death experience in the wake of major surgery, really solidified his belief in what he’s doing. He says, “This was my Creator’s way of telling me that I have more work to do on this planet in this physical state. I've been given another chance to do this work, so I can't walk away, I gotta continue this journey.”