Four Ways To Transform Your Side Gig Into Your Main Show 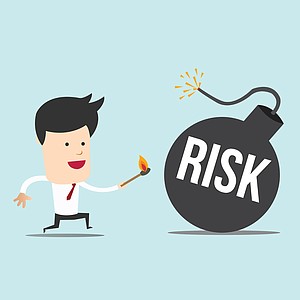 If you try to make a buck on the side with an extra job that inspires you but doesn’t really pay the bills, you’ll likely hear this sobering and uninspiring advice: Don’t quit your day job. But some people do manage to turn a side hustle into a main hustle— and prosper in the process.

“It definitely takes effort, energy, and a willingness to step out there, but the rewards can be great,” says Shravan Parsi, CEO and founder of American Ventures, a commercial real estate company, and ForbesBooks author of The Science of the Deal: The DNA of Multifamily and Commercial Real Estate Investing (www.scienceofthedeal.com).

Parsi was a full-time pharmaceutical research scientist working 9 to 5 and dabbling in real estate on the side when he realized his regular job was hampering his real estate deals because he wasn’t available to talk with people or show a house during the day. Eventually, he bid farewell to his old career and launched his new one in commercial real estate.

Parsi has a few tips for those who long to shake loose from their current careers and venture into something that drives their passions:

•Be bold and flexible. A willingness to take chances and adapt to changing circumstances is critical. Even in seventh grade in his native India, ambition boiled in Parsi. He realized that to become the kind of global leader he aspired to be, he would need to know English. So, he transferred to an English school. “My parents supported my decision even though they knew it would be challenging,” he says.

•Be interested in everything and observe closely. You never know when opportunities to expand your knowledge— and be inspired by new ideas— will present themselves. Parsi says he learned this lesson at age 14. His father was a doctor who himself invested in real estate as a passive investment, and was having a two-story house built— one story for the family and one as a rental. “He pointed out that I had time to kill over summer vacation and recommended I watch the process,” Parsi says. “So my brother and I watched the construction and supervised the contractors. It left a strong impression on me.”

•Pivot when necessary. Life doesn’t always go as planned, so you need to be prepared to change direction, Parsi says. As an example, Parsi originally planned to follow in his father’s footsteps and become a doctor. But admission to medical school in India is highly competitive and he missed the cutoff criteria by one-tenth of a point. That’s when he pivoted and became a pharmaceutical scientist instead.

•Learn how to sell anything. At different periods in his life, Parsi worked in a cell phone store, sold Amway products, and sold nutritional supplements. Those experiences weren’t always the best, he acknowledges, but he did gain something from them. “I realized that if I can sell the products and a story and recruit others, then I can sell anything,” Parsi says. “Selling is a pivotal skill most entrepreneurs must have.”

Oh, and about that “don’t quit your day job” advice. Parsi says there actually is something to that.

“I did not quit my pharmaceutical job right away,” he says. “I had an objective to stay in that job until the real estate income was twice the value of my salary. When I hit that objective— when real estate was no longer a side hustle— I decided it made sense to invest more time in real estate than the scientific position.” Now American Ventures is a successful multifamily and commercial real estate investment firm with a proven track record.

“Never settle for less,” Parsi says.Shravan Parsi, CEO and founder of American Ventures, a commercial real estate company, is author of “The Science of the Deal: The DNA of Multifamily and Commercial Real Estate Investing.” Parsi is an entrepreneur and innovator with a background in the diverse fields of real estate investing and pharmaceutical research. For more information, visit: www.scienceofthedeal.com.