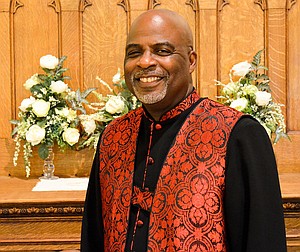 When Pastor Johnson arrives at the church, he sees “Rev. Rodrecus M. Johnson, Sr. Way” sharing space on the street pole along with Hoffman Street and Collington Avenue. The sign is a timeless honor for a man whose accomplishments outside of the church are just as numerous as his achievements within its walls.

“My vision is community outreach,” said Pastor Johnson. “I don’t believe in sitting between the church walls. The church is a part of this community. It is extremely important because I believe churches are needed to get to the core of the city’s problems. Churches can also speak to the solution, and the solution is the family. If we can nurture the family again, and once again instill the morals and values that ought to be in families, I believe that will take care of the biggest problem in Baltimore, and that’s crime.

“The children have nowhere to go. Once they leave school, they are out there. If we don’t provide activities for them, we will continue to see violence in our streets. If we put more emphasis back on families, and show them that they matter, healing will take place in this city.”

“Family Matters,” a three-night community revival that focuses on the needs of the family is among the initiatives offered by Trinity. Pastor Johnson says the initiative was the brainchild of his wife, the Rev. Robin D. Johnson.

The church’s food pantry is also a major initiative. According to Pastor Johnson, in 2019, approximately 2500 people received food through the church’s pantry.

“We see a vast number of people and different families,” said Pastor Johnson. “They can come once a month and have to show identification. The criteria, is that they live in the immediate community, but we won’t turn away anyone. We are also looking to renovate in order to house more food items. We also want to offer culinary classes to those who receive food through the pantry.” 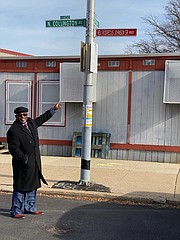 In 2013, Trinity A.M.E. was given Historic Landmark status by the state of Maryland and the City of Baltimore. Trinity is now in its 139th year. Pastor Johnson has led the church for nearly nine years, and the street naming in his honor took place last December.