America Should Embrace Prison Returnees to Our Communities 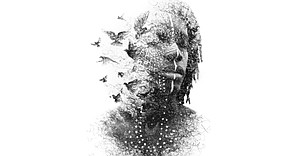 I am pleased to work and live in our nation’s capital. Washington, DC is a city on the move progressively even amidst the continued existence of the COVID-19 pandemic. But there is one emerging issue in the District of Columbia that in my long career in the field of civil and human rights that I am very concerned about. That is the issue of people returning to our communities from prison.

It’s difficult to argue that there is not an urgent need for better helping former inmates make the difficult transition back to society. A returning citizen with a pathway to gainful employment and secure housing has a better chance of developing a strong connection to his family and community and not returning to prison.

Mass incarceration in America is a serious national problem that needs to be resolved. African Americans, in particular, are disproportionately imprisoned across the country. I personally know what it is like to be unjustly imprisoned and the difficulties of trying to overcome the aftermath of counterproductive stigmas and unfair stereotypes with respect to the lingering unjustified cloud over former prison inmates.

But as a practical matter, common-sense measures that would bolster support for individuals reentering society sometimes meet sharp resistance — even now, as the nation engages in an emotional and painful debate over whether America has lived up to its promise of social justice, equity, and a fair penal system.

That tension between theory and policy is, sadly, beginning to emerge yet again in Washington, DC, where some community advocates have raised objections to plans for a new residential re-entry center that would provide temporary housing, job and skills training, substance-abuse counseling and other critical support for inmates returning home after serving time.

Many residents in DC share the conviction that we must do far more to lend a hand to the thousands of individuals — disproportionately black men aged 21 to 30 — who return to the District each year after periods of incarceration. But right now, DC is without a single re-entry center that is equipped to provide such support.

In a move that would fill that void, the U.S. Bureau of Prisons (BOP) earlier this month awarded a contract for a new re-entry center in Ward 7. BOP tapped CORE DC for the project, a social service provider that operates a homeless shelter and a home confinement program in DC and is a subsidiary of a non-profit organization that manages homeless shelters and re-entry centers throughout New York City.

The effort to establish a functional re-entry center in Washington, DC, has been a difficult and complicated one, partly because of the troubled history of Hope Village, a social service provider that closed its doors earlier this year, ending its 42-year run as the District’s only option for returning citizens.

Watchdogs and activists, including myself, have long been calling for Hope Village to be shut down due to poor program management and a lack of accountability. Put simply, the provider had lost the trust of the community.

Against this backdrop, representatives at CORE DC have gone to great lengths to reassure the public that they are committed to helping turn the page on this long and turbulent chapter and work closely with the community to establish a re-entry model that is tailored for the District’s unique set of needs.

That outreach has included meeting with elected officials, advocates, faith-based organizations and residents to hear their concerns and invite their input on how the community can come together and forge a new way forward on this important issue.

But just weeks after BOP awarded the contract to CORE DC, there are already disturbing, not-in-my-backyard reactions from individuals who should know better, especially now, amid constant reports exposing the systemic injustices that African American men must contend with in the policing and criminal justice systems.

Consider the recent comments made by Tyrell Holcomb, the Commission Chair of the Advisory Neighborhood Commission in Ward 7. Holcomb indicated his opposition to a new re-entry center in his community, saying that “using Ward 7 as a dumping ground to place the least attractive facilities has gone on far too long.”

It’s time to move past this kind of destructive rhetoric and ugly thinking, which has the pernicious effect of dehumanizing the men for whom such a facility could provide a second chance and be a source of positive transformation. NIMBY opposition — which so often amplifies stereotypes and falsehoods in order to drum up fear — has long been an obstacle to building support facilities and programs for the most vulnerable, whether such protests have been in response to proposed group homes, drug treatment clinics or homeless shelters.

Many of the fears are simply without basis. Researchers have been studying myths about home values in communities that accommodate re-entry centers for decades, to take one example. One DC-focused study conducted by The George Washington University, Center for Excellence in Municipal Management and the Center on Juvenile and Criminal Justice, found that housing values on streets with halfway houses continued to increase over a period of five years.

If there is any hope to make this a more just society, we have to shed our fears, and open ourselves to new ideas, new insights, and even, as is the case now in DC, new neighbors who are committed to being a part of the solution. We have to break old patterns of thinking that stifle progress and aid and abet the status quo.

We must remember that the men and women returning to DC after terms of imprisonment are not strangers. They are members of our community looking for a second chance to rebuild their lives after paying their debt to society. This is also a national issue. I am hoping that Washington, DC will lead the rest of the nation in welcoming our brothers and sisters back home from the nation’s prisons.

Dr. Benjamin F. Chavis, Jr. is the President and CEO of the National Newspaper Publishers Association (NNPA) and can be reached at dr.bchavis@nnpa.org .