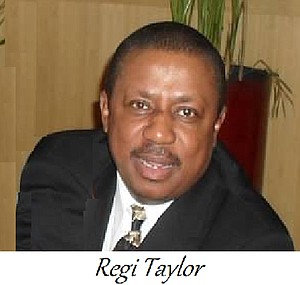 Historically, the winner of Baltimore City’s Democratic mayoral primary has gone on to win City Hall in the general election. While congratulations are in order for Brandon Scott’s recent electoral achievement, we might want to hold off on uncorking the champagne bottles until New Year’s Eve.

Mr. Scott is inheriting perhaps the worst circumstances facing the city since Sheila Dixon faced down the Great Recession during her term in 2009 when the unemployment rate topped out at 10.6 percent.

By contrast, Baltimore City’s recent unemployment rate jumped 250 percent in the 30 days between March and April of 2020 from 4.9 percent to 11.9 percent. While specific information is not yet available, we can surmise that the unemployment rate for Baltimore’s African American residents is considerably higher.

In June 2019, the Brookings Institute, considered America’s most prestigious public policy think-tank, released a report outlining one of Baltimore City’s lowest historic unemployment rates for Caucasians at 3.5 percent, while the rate for African Americans was 10.4 percent, 300 percent higher.

If Baltimore’s April 2020 unemployment rate of 11.9 percent is proportional to June 2019’s rate then the city’s African American community is currently suffering from nearly 36 percent unemployment, at least. Adding insult to injury, thousands of the unemployed have yet to receive benefit payments filed months ago.

Keep in mind the 11.9 percent figure is 60 days old. In the six weeks since April through June 13, 2020, the Maryland Department of Labor, Licensing and Regulation reports more than 26,000 additional first time unemployment claims in Baltimore City.

This is where the comparison between Brandon Scott’s and Shiela Dixon’s “inheritances” ends.

The COVID-19 pandemic and all its ancillary social and economic ramifications will be waiting for Mr. Scott when he assumes office. If there’s a silver-lining it is the waning statistics associated with the virus thanks to the commendable job of Gov. Larry Hogan.

With 10.3 percent of the state’s population, Baltimore has suffered 11 percent and 10.5 percent, respectively, of Maryland’s confirmed Coronavirus infections and deaths. That’s 7148 cases among 65,007 in the state, and 310 deaths among 2963 fatalities. Hospitalizations, intubations and deaths continue to trend downward.

The threatening news for a Scott Administration regards a possible resurgence of COVID-19 in the fall, during flu season. Not only will this put a strain on the city’s healthcare system, the associated costs will further squeeze the city’s budget which is currently facing a roughly $50 million deficit.

If all this isn’t bad enough, how will Brandon Scott handle the avalanche of mortgage foreclosures, evictions and utility shut-offs resulting when the State ends its moratorium forbidding banks, landlords and BGE from taking action during the pandemic? There’s also the tremendous demand food assistance in the community.

Baltimore City renters represent more than half of residents, roughly 311,000 people. Another strong indication that Baltimoreans could experience mass evictions later this year is that prior to COVID-19’s assault one-in-four residents lived below the poverty line.

Couple this situation with the fact that over half of renters pay more than a third of their income in housing costs, a condition considered untenable, and the recipe for disaster becomes clearer.

Unfortunately, all these debacles could land on Baltimore City’s plate by Thanksgiving, just in time for the Holidays. This should not become Brandon Scott’s problem alone. He will need and deserves everybody’s support and cooperation to get through these crises precipitated by COVID-19. We wish Brandon all the very best.