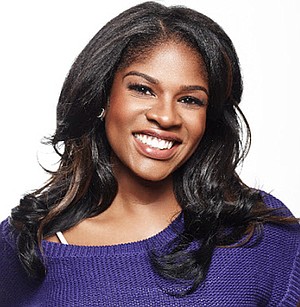 Like many Americans of late, Washington DC native and actress Edwina Findley has become more politically active recently The actress who is fresh off of closing out her role on Tyler Perry’s series “If Loving You Is Wrong” has also appeared on Shots Fired starring Sanaa Lathan, Ava DuVernay’s Middle of Nowhere, and Red Tails about the Tuskegee Airmen.

Findley, driven by the recent incidents of police brutality and of course, the death of George Floyd has taken to the streets with thousands of others to make her voice be heard. The actress explained to The Baltimore Times that though she has always been an activist in other ways such as her public speaking, or acting in projects like Shots Fired, “This time, I really felt like, in addition to those things, protesting was important. Being out there, being seen was important. It was another method of joining in this fight for justice.”

"If Loving You Is Wrong"

Findley studied theatre and classical music at storied high school Duke Ellington School of the Arts in Washington, DC. It was a place she knew she wanted to go since she was a little girl. “When I was eight, I begged my mom to let me go to Duke Ellington,” she recalls. It was a bit too early for eight year-old Edwina but there were plenty of other opportunities in the area for Edwina to start training in the performing arts. “There were all these different programs around town specifically for young predominantly African American artists to help us find our voice and cultivate our talents. For that I am honestly grateful. Growing up in DC is something that I will always treasure.”

After graduating NYU’s Tisch School of the Arts, Findley cut her TV acting teeth playing Tosha Mitchell in HBO’s classic drama “The Wire.” She says, “It was wonderful. I was working at the Shakespeare Theater in DC when I got the role of Tosha so I was in Baltimore during the day robbing drug dealers and then running back to DC in the evening to do Shakespeare!”

Findley also feels fortunate to have worked on the Tyler Perry created, written, and directed soapy drama, “If Loving You is Wrong,” for five years as “Bright-eyed, somewhat naive, dream-filled” Kelly Isaacs. It was her first time working in that genre and the loyalty and passion of soap fans was one of the best parts of the whole experience for her. “When I go somewhere and I see them, they tell me all the ways in which they wanted to defend me from these crazy lovers. I love how invested the African-American demo that watches the show have been in the plotlines and the characters. They love the drama, the twists and turns, and they love us!”

She also feels fortunate that the show allowed her to get to know Perry and Oprah Winfrey, on whose network the show aired. “Humility is personified in him in the most beautiful way. My experience of Tyler has been that it’s been as important for him to bring other people up as it has been for him to be successful himself. He takes great pride in sharing that success with others. When you’re in his presence you never feel like he’s doing all the things he’s doing. He’s right there with you. And I feel the same about Oprah.”

Though Black Lives Matter felt intensely personal for many of us, it truly hit Findley close to home. Her cousin and his friends, who all attend Morehouse and Spelman, were recently targeted by police. “They were absolutely brutalized by police with no provocation at all. You can be as upstanding as you want, that doesn’t protect you from police brutality or racism.”

Though her cousin is physically okay, she shares that he battles with the after effects. “The level of fear now imposed on him is not fair. He wasn’t walking around the world like that before.”

Edwina and the family have stepped in to help her cousin cope with the trauma. “We’ve been trying to assure him he’s surrounded by people who are here to protect him and care for him.”

Even with the misfortune, Findley is optimistic about the impact the protests have had. “I think we all feel it. This time something is different. This movement is both public and behind the scenes. We’re seeing people who have not historically paid attention, pay attention and I’m encouraged seeing the changes.”