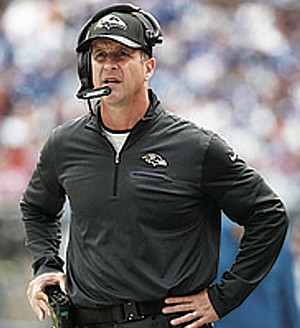 Like many other NFL teams, the Covid-19 pandemic changed the way the Baltimore Ravens conducted their offseason. With training camp set to take place in just over a month, there are questions about whether or not the league will be able to have a season.

Dr. Anthony Fauci, director of the

National Institute of Allergy and Infectious Diseases, offered some not too promising words when asked about the NFL 2020 season.

“Unless players are essentially in a bubble insulated from the community and they are tested nearly every day— it would be very hard to see how football is able to be played this fall,” Fauci told CNN chief medical correspondent Dr. Sanjay Gupta. “If there is a second wave, which is certainly a possibility and which would be complicated by the predictable flu season, football may not happen this year.”

Ravens head coach John Harbaugh told reporters on Monday that he is hopeful the NFL season will move forward as scheduled.

Other sports that have attempted to take the next steps were met with an uptick in positive tests for Covid-19. Serbian tennis star Novak Djokovic tested positive after an exhibition match in Croatia.

College football started their summer workouts last week. Clemson announced 23 of their players and five of their staff members have tested positive. Texas had 13 positive tests and they currently have 10 players in quarantine. Kansas State shutdown their workouts after 14 cases.

The NFL has said they will make the necessary adjustments to provide the safest possible work environment for the coaches and players. The league issued a memo outlining tiers of access for team employees.

They’ll work to implement their strategy before the start of training camp. When they do start, the same challenge that other sports are encountering will be presented to NFL teams.

Harbaugh remains optimistic about the NFL’s chances and is speaking it into existence.