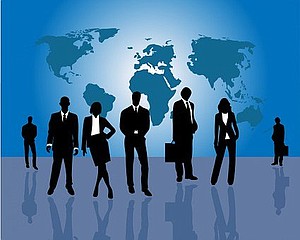 Entrepreneurship is nothing new in the Black community. Black people have historically worked hard to establish, maintain and grow their own businesses to cultivate an economic base in providing goods, products and services to consumers. Despite obstacles including lack of access to capital, resources, connections and at times inconsistent support from the public, the entrepreneurial spirit continues to be alive and well in Black America.

That spirit coupled with the ongoing push by Black business advocates encouraging Black folks and others to patronize and support these businesses, can influence a Black business “boom” and be a catalyst for change and transformation in and for the conditions of Black people through jobs and community development.

“We can never solve our economic problems of the Black community while spending most of our money with the people that live outside of it. We can never control our community as long as others own most of the businesses in it,” said Minister Taharka Shakur during an August press conference in Chicago kicking off National Black Business Month. Local entrepreneurs and activists spoke on the importance of Blacks doing business with and promoting Black businesses not just in August, but all year around.

“Once we have these businesses in our communities that will resolve our crime. That will give these youth some identity of what they can do so I encourage you all to encourage others to support this month and be a part of our ongoing agenda of buying Black,” said Revin Fellows, co-founder of National Black Agenda Consortium.

Created in 2004 by John Templeton, a historian and Frederick Jordan, an engineer, National Black Business Month is an opportunity to recognize Black-owned businesses around the country and also a chance for consumers to make a concentrated effort to spend money with these companies.

Averi Frost is executive director of the Central Ohio African-American Chamber of Commerce based in Columbus. There is a lot of hunger and energy around the idea of Black entrepreneurship whether it means ownership or supporting others in business, she explained. “One thing that we’re definitely seeing is that because we know that there’s systematic and historical challenges with access to capital as far as financial institutions to our businesses, it is even more important now of an effort as far as consumers for us to make sure we’re supporting our businesses as does every other community frankly,” said Ms. Frost.