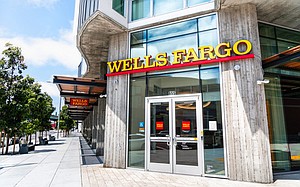 Wells Fargo has announced it is seeking to invest up to $50 million in capital for African American Minority Depository Institutions, or MDIs, as part of its commitment to supporting economic growth in African American communities.

MDI support fits in among other efforts to empower diverse communities:

In 2019, Wells Fargo announced a $1 billion commitment to address the housing affordability crisis in the United States through 2025.

Wells Fargo delivers resources and guidance to support financial health, including Hands on Banking®, a noncommercial program that teaches people about the basics of responsible money management, and Path to Credit, a site that offers interactive videos, tips, infographics, and quizzes that can help consumers learn ways to build and rebuild their credit.

What is an MDI?

MDIs are FDIC-insured depository institutions where either (i) minority individuals represent at least 51% of voting stock or (ii) a majority of the board of directors is minority and the community that the institution serves is predominantly minority.

MDIs have received increased focus recently with Congresswoman Joyce Beatty and Congressman Gregory Meeks sponsoring legislation to enhance MDIs. MDIs have recently struggled to attract new capital and remain reasonably profitable, making it more challenging to achieve their mandate. The overall number of MDI charters have decreased by over 30% since 2008. Over this time, African American MDI charters in particular have declined at an even faster rate than their peers.