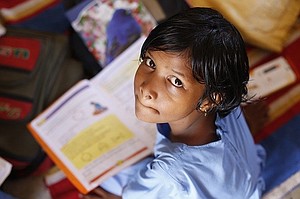 The Commission on Innovation and Excellence better known as the Kirwan Commission took over the newly minted commission in 2016.

The Commission issued a 200 plus page final report on November 21, 2019 to the Maryland General Assembly.

Six hours of legislative hearings took place on February 17, 2020. Baltimore Mayor Bernard C. “Jack” Young gave a ringing endorsement for Kirwan funding. On February 16, 2020, while testifying before the Education and Appropriations Committees he said that a poor education meant a lot of young people needlessly dying on the city’s streets.

At the bill’s hearing, according to Baltimore Sun reporters, Mayor Young said, “When people ask me, ‘why is Kirwan so important?’ I say it’s because for some of our young people, having the right support is a matter of life and death.”

Young cited the bill’s requirement that some local schools systems, including Baltimore’s, contribute hundreds of millions of dollars that the city could ill-afford to do.The Kirwan funding bill passed March 6, 2020 in the House Maryland General Assembly 96-41 based on the Kirwan Commission Report. Aptly titled, the Blueprint for Maryland’s Future, the

bill proposes ten years to be phased-in at $2.8 billion; that the state pays for most costs and local governments contribute a much smaller amount.

Political debate continues as to sources of state revenue regarding Kirwan funding. The ACLU of Maryland makes it clear that it all starts with Article VIII of the Maryland Constitution, which reads: “The General Assembly... shall by law establish throughout the State a thorough and efficient System of Free Public Schools; and shall provide by taxation, or otherwise, for their maintenance.”

Article VIII translates into adequacy and equity. Adequacy means, that all Maryland students and each district get the resources enough to equal state standards. Counties or school districts need to provide support based on what they can afford or local wealth.

Reporter Holden Wilen of the Baltimore Business Journal took a swipe at the Baltimore City Public Schools funding last May when he questioned the use of additional funding. Between the lines, his comments in part, spoke to the lack of usefulness of additional financing. He said, “City schools spent $16,184 per pupil, according to data released by the Census Bureau— up 6.7 percent from last year when the school system ranked fifth nationally. Baltimore City is the 40th-largest elementary and secondary public school district in the U.S.” This charge has been thrown at the BCPSS for many years.

Gov. Larry Hogan said about Kirwan proposed funding according to a CBS news report: “The State should not and can not simply increase $33 billion in new spending that we do not have without any plan whatsoever about where the funding is going to come from.”