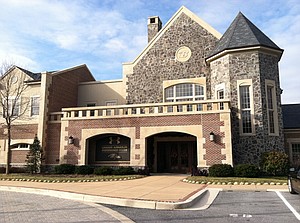 The NFL recently showed signs of climbing out from the COVID-19 pandemic that has impacted the country. As more states begin to open up, various NFL teams are re-opening their facilities.

The Baltimore Ravens recently received notice from Maryland Governor Larry Hogan that they are cleared to re-open their facilities with Phase 1 restrictions.

A drive past the Under Armour Performance Center or M&T Bank Stadium will no longer result in seeing an empty parking lot. The buildings won’t see the return of all team employees however. Phase 1 permits up to 75 team employees to be allowed in the building.

Each NFL team opening their facilities are required to implement an Infection Response Team. The team is made up of the following:

• A local physical with expertise in common infectious disease principles

The 75 employees don’t include players or coaches. Players that reporting to the facility for rehab before it closed in March are permitted to continue to go to the building. If the strength and conditioning coach was working with the players during their rehab process before the facility closed, he/she is able to continue to do so during Phase 1.

Like other teams that are re-opening, the Ravens will require employees to wear masks and practice social distancing. There will also be temperature checks before entrance into the facility is granted.

Although the future schedule is uncertain, this is a step in the right direction towards revisiting some form of continuation into the next part of the offseason.

The next phase of the reopening plan calls for coaches to return to the building. but Ravens team President Dick Cass hinted that it will be kind of a wait and see approach.

"If the infection rate is really low, as I expect it will be by late summer, and we have adequate testing, and people are careful when they leave the building, I think there's a really good shot that we'll be OK," Cass said via the Ravens team website.

The goal is to at least have a full training camp leading into the regular season. According to Yahoo Sports, June 15 and June 27 are dates earmarked as possibilities for full-squad minicamps. None or that is possible without signoff from the NFLPA.

As of Wednesday, there is no agreement in place regarding the players’ role in the reopening plan. Cleveland Browns offensive lineman and NFLPA president JC Tretter released the following statement on social media on Tuesday:

“Our union has not agreed to any reopening plan. Any reports about coming back to work are hypothetical. You will hear from the NFLPA when there are new developments.”

Miami Dolphins owner Stephen Ross told CNBC earlier this week that he fully expects an NFL season to take place. However, Ross admitted that he was uncertain as to whether or not fans will be in the stands.