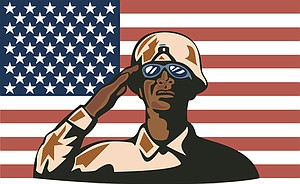 After serving four years in the United States Army, I returned to Baltimore.I was ready to transition from military to civilian life and began exploring my options.

Upon being introduced to Helmets to Hardhats, a nonprofit program that connects transitioning service members to apprenticeship training programs in the building and construction trades, I felt that a career in the construction industry made sense.

More than 13 years later, and I know I chose the right career path. As a member of the International Union of Elevator Constructors (IUEC) Local 10, I have worked for smaller companies, as well as some of the biggest names in the industry— including Kone, Mitsubishi, and Otis.

In my early days as an apprentice, I earned wages and benefits as I worked my way through the training program.

Upon completion of the program, I was elated to graduate debt-free. Now, as a husband and father of three boys, I am grateful for not only my wages, but also for the benefits and retirement security associated with the IUEC.

I sleep well at night knowing that my family is taken care of and that my union’s pension is healthy.

This Veterans Day, I want my brothers and sisters in the Armed Forces to know that well-paying, fulfilling career opportunities exist in the organized elevator industry. It’s a post-military career that, in fact, requires many of the skills and qualities found in a service member— from diligence and grit to being a team player and ensuring safety is always the top priority.