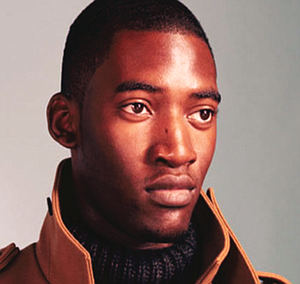 British actor Malachi Kirby famously flubbed his audition for the role that brought him to the attention of TV watchers world wide. In a 2016 interview, Kirby revealed that just about everything that could go wrong in an audition, went wrong when he tried out for the role of Kunta Kinte in the Roots remake.

Kirby’s experience auditioning for “12 Years A Slave” director Steve McQueen’s new five-part anthology “Small Axe” was, fortunately, different. Kirby explained to The Baltimore Times, “Every now and then I get an audition that feels like the beginning of a journey, whether I got the part or not.” He elaborates that getting to know Steve at the audition made a huge impression on him. “I learned so much from him just through the audition room, not just about me as an artist, but about me as a person.”

Kirby stars, along with Letitia Wright (Black Panther), Michael Ward (Top Boy), John Boyega (Star Wars: The Force Awakens), and others in the five- part anthology Small Axe, chronicling the experiences of Blacks in Britain as they emerged as a major minority group in the seventies, and eighties.

Most of the stories are pulled directly from history, as is the case for Kirby’s installment, “Mangrove.” It explores the events surrounding the historic Mangrove Nine court case where activists and members of Britain’s Black Panthers were charged with inciting a riot after a bout of protesting police harassment in the community and especially the Caribbean restaurant, The Mangrove.

Kirby’s parents (his father passed away when he was six) both hail from Jamaica, and settled in the Battersea area. Kirby recalls the feeling he had returning to his hometown, after forging what has been a successful career, full of travel and new experiences. “I grew up on a council estate,” he explains, using the British term for public housing. “When I saw what it was, it wasn’t a place that was encouraging. I also noticed that we were surrounded by mansions. It was this weird pocket in this otherwise posh area; this dark side to it that was home to me.”

Though he’s been steadily acting for years, Kirby’s voice betrays incredulity, as if he still doesn’t believe it himself. Soft-spoken and deliberate in manner, he says the acting profession chose him rather than the other way around.

“Acting wasn’t something I was seeking. It just kept presenting itself to me.”Kirby’s mother enrolled her shy and introverted only child in drama class when he was a teen. His peers, seeing something special in him, begged him to be in their productions. “Bear in mind, I was a total introvert and I ended up being the lead in their musicals. Then they suggested that I try for drama school, and I got in. Kirby plays real life activist and British Black Panther Darcus Howe in “Mangrove”. “Out of all the Mangrove Nine there was probably the most documentation on Howe,” he explains. “He wasn’t just anactivist, he was out there. He was such a public figure. He even had his own TV show.”

The actor reveals he didn’t have much time to prepare and decided to sharpen his focus. “I was trying to understand the person who wanted to become an activist in the first place. He was someone who cared about the lives of Black people, not because they were Black, but because they were less cared about.”Discussing Howe’s approach to social justice, he says. “He understood that injustice wasn’t just about being Black. It was about education, it was about housing. It was about a bunch of things in the environment that affect who someone becomes. He didn’t have a filter, he would just speak the truth.”

In development since 2014, the timeliness of the “Small Axe” release is consummate. “I would say it’s the first time this subject matter in the UK has had this kind of platform,” he states. “I’m so glad it’s happening now after the marches and after there has been this awakening across the world where everyone is starting to understand their accountability.”

The question as to whether Black history is taught in British schools elicits an involuntary chuckle from the normally reticent actor. “We definitely don’t learn much Black history. I didn’t know we had Black Panthers in Britain. It’s why this series is important. There’s a wealth of history which just hasn’t been told. They fought for rights that actively affect how we live. That we don’t know who they are is crazy.”