Ravens prepare to move on from ugly loss to Chiefs 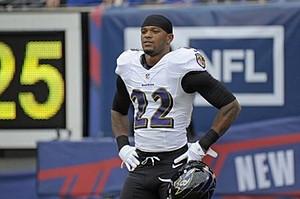 Monday night's contest against the Kansas City Chiefs was supposed to be a coming out party for the Baltimore Ravens. They welcomed the defending Super Bowl Champions to M&T Bank Stadium for a clash of top teams on the AFC.

The Chiefs came out firing on all cylinders, putting 27 points on the board in the first half and won the game 34-20. Patrick Mahomes led an orchestrated attack that had Baltimore’s defense on their heels for most of the game.

"We got beat just about every way you can get beat, and we understand that. We have a long way to go to get better. This will be a beginning for us," Ravens head coach John Harbaugh said. "We just have to take this situation as we find it and find our way through it and build as a football team."

The Ravens have to regroup quickly as they get ready to play the Washington Football Team on Sunday. The players were back in the team facility on Tuesday to dissect the frustrating loss and move forward. Veteran defensive lineman Calais Campbell said he will apply the 24-hour rule to the loss just the same as he does to wins.“You have 24 hours to grieve or celebrate. Then you study the film and move on,” Campbell said after the game.

The convincing loss would send a weak team on a downward spiral. The Ravens are determined not to let it snowball into a losing streak. No player is ever happy with a loss, but veteran defensive back Jimmy Smith is making the best of the situation.

"I'm not discouraged. I don't think we're discouraged at all. I think the good thing about playing a team like that—that is just hitting on all cylinders right now—is they can show you where we're weak at, and they did. So, we get the chance to go back and fix it. So, I don't think our team is discouraged by any means. I think it's just an opportunity to go see what happened, look at it, fix it up, tweak some things, maybe add some new things and go out and play," Smith said.

Baltimore is 0-3 against the Chiefs with Lamar Jackson as quarterback. Jackson called Kansas City his kryptonite after the lopsided loss in which he finished with 97 passing yards.

The Ravens still sit on top of the AFC North with a 2-1 record and they still have one of the leagues top-rated defenses. It’s not time to throw in the towel.

Baltimore has to shift focus to the next game in front of them and take steps each week of the season to lone themselves up with a rematch against the Chiefs in the playoffs. Tight end Nick Boyle who scored a touchdown on Monday firmly believes the Ravens will bounce back.

"I'm not worried," Boyle noted. "Because I know what kind of people that are in this locker room. I know the relationships we have, and I think that will carry us forward. It will drive us to do better and hold each other accountable."