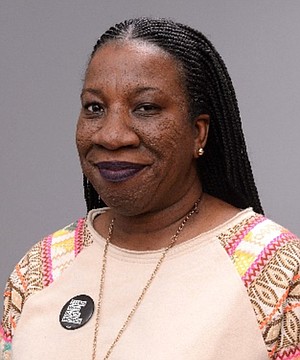 The event takes place from 6 p.m. to 8 p.m. beginning with a performance by the interdisciplinary artist and musician JOJO ABOT. This is followed by conversation with Burke and Tolokonnikova at 6:30 p.m. moderated by Jenna Wortham, a staff writer for The New York Times Magazine and co-host of the podcast Still Processing. A Q and A with the viewers follows the conversation, as well as a showing of short films from the BMA Screening Room that were selected by the speakers. Additional details are available at bmatomorrows.org.

Tarana Burke has dedicated her life to social justice work and giving strength to those who experienced sexual trauma or harassment. 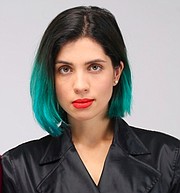 They have been one of the world’s most prominent activist art groups in recent years, bringing attention to human rights violations in Russia and abroad, and named among the “100 Women of the World” by Time magazine in 2012. In addition to writing for The New York Times Magazine and podcast, Jenna Wortham is a healer and community care worker oriented towards justice and liberation. 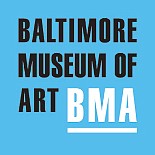 “The Necessity of Tomorrow(s)” is presented this year in conjunction with “2020 Vision,” the BMA’s initiative to highlight the achievements of female- identifying artists and leaders through its exhibitions, programs, and acquisitions. Works by the following artists are currently on view at the museum: Candice Breitz, Zackary Drucker, Valerie Maynard, Elissa Blount Moorhead, Howardena Pindell, Jo Smail, Shinique Smith, and SHAN Wallace, and several other exhibitions will be opening throughout 2021. Launched in 2017, “The Necessity of Tomorrow(s)” borrows its title from an essay by science fiction author Samuel Delany that argues for the role for creative speculation in making a more just future.