Bowie State students get social to survive the pandemic 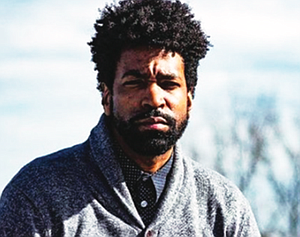 A Bowie State University student’s social media platform has become a news outlet for students and has helped softened the transition for freshmen staying on campus during Covid-19.

Brian Hill, 25, senior and business major from Washington, D.C., created the social media platform GoFechTV for students to connect and receive news in a more stylish form. Hill’s platform became an essential channel for students during quarantine and has eased the transition for freshmen living on campus this year.

“I have freshmen that are wanting to be on the GoFechTV platform. They want to talk to each other on there. They know that people will see them and want to hear about their experience.” Hill said.

GoFechTV is a platform that offers seven segments including campus news, religious sermons, cooking shows and much more. Originally created two years ago, Hill’s brainchild now has over 4,000 followers on Instagram and averages around 1,500 views per segment.

“Even the president of our school has come on our platform to share news. She enjoys our page a lot,” Hill said.

There are nine other students who help create content for the social media site. The students record their segments in their homes and use Instagram Live to interact with their followers. During the summer while students were quarantined, a cooking segment was created to help those who were on a budget feed themselves. The platform also kept the Bowie State community engaged with the news of protests and election coverage. Twenty-three-year old Julian

Cavanaugh, a junior broadcast journalism major and President of WBSU Radio said, “I love GoFech. They have done a lot of good work.” Cavanaugh said that the platform has evolved since everything has become virtual. “I think they did a lot better than Bowie State did with communicating the virtual stuff.”

According to Bestcolleges.com, social media is becoming the most efficient way for colleges to communicate with their students and share information online.

The College Media Association, the voice of collegiate media and its advisers nationwide, awards the annual Pinnacle award to deserving college media organizations run by students. There were 19 organization finalists throughout America for the 2019-2020 school year, but none was a Maryland institution. Hill hopes to change that soon.

Na’Shae Wagoner, 18, freshman and business major, said she has been following GoFechTV even before she was a student at Bowie.

“I planned to be on campus before Covid, so I would look on their page for updates. They were very active during Covid,” Wagoner said. Wagoner said she plans to work for GoFechTV during her freshman year when they develop a new segment. “It’s a positive outlet for our peers, especially with everything going on in the world.”

While many other universities have their own newspapers and news channels run by students, they are usually chaperoned by a professor. Hill said the GoFechTV platform is completely student governed and covers a range of topics.

GoFechTV is mostly watched by Bowie State students, although Hill has started to reach out to students from other universities to be guests on their segments. Hill dreams of expanding his platform to other HBCUs. “I think every school should have something like this.”