Responding to: ‘Baltimore Museum of Art is gradually getting gutted’ 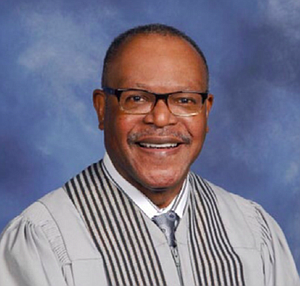 As a child growing up in the Upton Community in the block of the Union Baptist Church where I now serve as the Senior Pastor, I fondly remember visits to the Baltimore Museum of Art (BMA).

I would imagine posing as “The Thinker,” the bronze sculpture by Auguste Rodin that once stood on a pedestal at the entrance. I would walk through the museum and see fine European inspired art, and artifacts from around the world. I fondly remember looking at the names of spaces within the museum named for persons who donated artwork to the museum.

The Baltimore Museum of Art is the curator of art and the shaper of artistic ideas within our community. I remember the African inspired artifacts that were collected from tribal lands around the world and loved the three dimensional quality and the distinct differences of masks from difference regions.

As a child, I never thought that the shaping of my artistic mind was conceived by a mind set different than mine. It was shaped by a Eurocentric mindset. I’ve always seen the Baltimore Museum of Art as a place that welcomed artistic imagery, paintings and artifacts from all cultures and races. I never thought that the playing field was not level in terms of the African American artistic impression.

Against that backdrop, I read the Reader Commentary entitled, “Baltimore Museum of Art is gradually getting gutted” in the October 8, 2020 issue of The Baltimore Sun and perceived it as an attack on the Board of Directors and its Director for selling paintings in its collection to make room for expanding their collection to become more inclusive of the totality of contributors to the field of art. The Baltimore Museum of Art should reflect cultural diversity in its collections as well as in their displays.

For the past four years, I have worked closely with the BMA, its director and various staff members exploring ways the BMA could be more inclusive and engaged within the community. It began by focusing upon a theme, “Envisioning your tomorrow.” A theme intended to bring the BMA and its resources into the community as an agent of change. One cannot place a value on having internationally recognized African American artist Mark Bradford visit Union Baptist Church in the Upton Community to engage its residents and the community in a discussion with the Board Members, The Director and its staff. Bradford’s story enthralled all in attendance and inspired many to see art as a value that must be protected and expanded. Bradford demonstrated to us the beauty of art in our story and the items we had in our hands. He took hair accessories and translated them into collectable art. He mentored a graduate student of the Maryland Institute College of Art (MICA), Stephen Towns and gave his career a boost by purchasing some of his art and promoting him within the art world. Bradford and the BMA didn’t stop there. They adopted Greenmount West and introduced art directly into the community for the youth and residents to be inspired and engaged.

BMA created the concept of pop-up museums and located its first temporary museum on the corner of Druid Hill Avenue and Dolphin Street. Residents old and young would create art in the space Union Baptist provided, and the art created hangs in the Cyber Center of our Harvey Johnson Community Center today. BMA made art accessible and attainable.

BMA didn’t stop there. They involved local, artistic talent whose work is on display throughout the country, people such as, Larry “Poncho” Brown whose work hangs in some of the more exclusive collections in the world; Aaron Maybin, Earnest Shaw, and others.

The African American community of Baltimore City is becoming more engaged with the BMA because the BMA understands they must see art from the eyes of its residents and place value from an Afrocentric context.

I appreciate the direction of the BMA as it invests in the contemporary and cultural artistic leaders that will shape and establish value in the future. Just think, if the BMA had valued Romeare Bearden as he was walking the streets of Baltimore or “Bay Bay” Williams whose “Crying Black Child” impacted the Civil Rights movement, as children became involved in the struggle. They would have expanded the meaning of excellence to include artists of diverse backgrounds.

I applaud the BMA, its director, Board of Directors and staff for boldly acquiring the resources to expand its collection to include artists from diverse cultural, racial and ethnic backgrounds.

As we envision tomorrow, we must step into a world where art is accessible to the many and not the few. We must envision a world where value is assessed to Afrocentric work as it has been to European work. If the playing field is to be leveled, value must be a measure as we envision a tomorrow that is inclusive and where equality is the standard.