Election 2020: The up side of undivided government 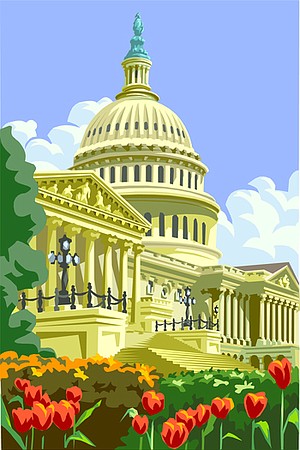 As of late October, the political modelers at FiveThirtyEight gave Democrats a 72 percent chance of pulling off the trifecta— winning the White House and majorities in both Houses of Congress— on November 3, 2020.

My visceral response to that possibility is negative. Excluding outlier possibilities like a Libertarian landslide, I’ve always considered divided government the best outcome.

Gridlock, in theory, is good. If an opposition party controls either the White House or one house of Congress, that theory goes, it can thwart the other party’s worst ideas through presidential veto or the opposition-controlled house refusing to pass legislation. But in the 21st century, that theory hasn’t proven out very well. Instead of one party resisting the other party’s worst ideas, it tends to trade its acquiescence to those ideas for getting some of its own worst ideas implemented as well. Additionally, the runaway growth of presidential power means presidents usually get away with just ignoring Congress when it won’t give them whatever they demand. Except for a few months around election dates, when gridlock re-emerges as a stalling tactic, divided government delivers the worst of both worlds.

Donald Trump and the Republicans owned everything between January 20, 2017 (when Trump was inaugurated) and January 3, 2019 (when a Democrat-controlled House opened session). With divided government, both sides have plausible excuses for failing to make our lives. better. The ruling party blames opposition obstructionism. The opposition party blames the ruling party’s unwillingness to compromise.

When one party controls government, it has no one else to blame when its policies fail. What you see is what you get, and what you get is one party having everything its way. That clarity may be the only consolation prize we get out of this election. Thomas L. Knapp (Twitter: @thomaslknapp) is director and senior news analyst at the William Lloyd Garrison Center for Libertarian Advocacy Journalism (thegarrisoncenter.org). He lives and works in north central Florida.