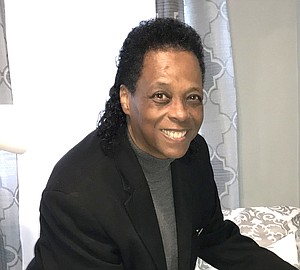 The Rev. Vaile Leonard’s life is the one that read’s like a story book. For years, she battled a heroin addiction. After decades of addiction, she overcame her habit to found what many consider one of the most successful recovery centers in the country –Light of Truth Center, Inc. (LTC). The residential therapeutic treatment program has been credited with helping dozens of women overcome drug addiction. Her story now includes another remarkable chapter. She is a 2020 New Thought Walden Awards Honoree.

The prestigious award honors those who use empowering spiritual ideas and philosophies to change lives and make the planet a better place. Nominations were received from the public, and each was considered carefully by a selection committee comprised of representatives from partner organizations.

“My mind could not grasp how it happened,” said Rev. Leonard. “I thought someone was pulling my leg. It’s just been an incredible experience. It’s an honor, and I am really humbled by it.”

“The honorees include both well- known individuals and relatively unsung heroes alike, each of whom has made a valuable contribution to furthering the ideas at the core of New Thought,” says Unity Magazine ® editor Katy Koontz, a member of the selection committee. “Our goal with the Waldens is not only to honor these fine people and spotlight their notable accomplishments but also to inspire others to follow in their footsteps.”

Rev. Leonard said the Walden Award shines a national spotlight on LTC. “Folk never hear about us,” said Leonard. “This awards gives us the opportunity to be exposed to a larger community. The hope is that someone will hear something that moves them to support the work that we do.”

LTC has recovery houses on Wheeler Avenue, Lafayette Avenue, N. Patterson Park Avenue, and Payson Street, and also operates a training center. Women living in the homes work on a self- improvement plan while living as a family unit to support their own and each other’s recovery process.

The New Thought Walden Award is among a long list of honors Rev. Leonard has received. She is also a recipient of The Positive People Awards, an honor given to individuals who work to improve their quality of life and that of their community.