Overcoming The Fear of Failure 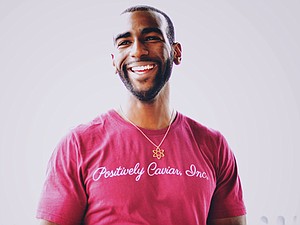 It’s something we’ve all faced. You can’t hide from it or run away from it. Defeat, in any form, is an experience that all of us have encountered in some fashion or form. Growing up, I admit that I was afraid to fail. I think many of us are. The media, teachings forced into modern school systems and society has indirectly given our mind prompters to be afraid of failure and to avoid it all costs.

As I continue to make mistakes and “suffer” losses in my life, I began to learn a valuable lesson, which ironically allowed me to increase my self- confidence and persistence in my life. I know it sounds counterproductive but failure is simply another tool to help get you to your desired goal. Once you begin to modify your perspective about this term it will yield you everlasting strength to continue to pursue new goals, projects and to step outside your comfort zone to truly live.

Many Silicone Valley tech companies encourage failure. In fact, Google X, which is Google’s secret research and development subsidiary responsible for focusing on testing radical new technologies to solve some of the world’s hardest problems, is all about failure. More specifically, it turns out that “failure isn’t just an option, it’s practically a requirement” as one CNN article states. Google X is responsible for hundreds of innovative projects that include global worldwide Internet accessibility, driverless cars, and even space elevators. Google X’s executive,

Dr. Astro Teller, admits that the only reason why many of their projects are successful is because “success was in itself a failure.” So why does one of the world’s most, profitable companies— that influences nearly 1 billion people— put so much emphasis on failure? Are they on to something? I certainly think so.

You’ve heard the stories— from Michael Jordan to Albert Einstein, Oprah and Thomas Edison. Oprah was let go from one of her first jobs in TV after the producer declared that she was “unfit for television.” Michael Jordan was cut from his high school varsity basketball team and sent to his junior varsity team as a sophomore. Albert Einstein who is considered one of the greatest minds in history was called a slow learner growing up. Even Thomas Edison who is credited for the creation of the light bulb embraced a fearless attitude by testing his light bulb experiment over 10,000 times. Edison said he learned “10,000 ways not to make a light bulb.” He succeeded by relentless trial and error and eventually achieved his goal. You only need to be right once.

These great figures in human history experienced numerous failures in their lives but that didn’t stop any of them from achieving their goals. It simply created another opportunity to learn for their failures and try again. They never gave up. If you study these high- achievers you begin to understand that a critical quality of being successful in life is not being afraid to fail. After all, it’s not what happens to you it’s how you react to it that matters.

Let me make myself very clear. I am surely not suggesting that failure is something that you should try to do. What I am saying is that in life, failure is inevitable. Whether it is in your relationships, career or personal development, failure is a part of the process. For this reason, you must change your relationship with failure and see it as part of your journey to achieving your desired outcome. Change your perspective of failure and know that the best way to handle it is to learn from it.

Here is my challenge for you. The next time you fail at something in any aspect of your life try seeing it for what it is. Remind yourself of people in your life that have failed but eventually achieved their goal. Think about the high- achievers that I mentioned who faced failure. They are no different than you. Remember that it’s all a part of the process and this is something that all of us experience so you are not alone. Pick yourself back up get a pen and write down why you failed and figure out ways to correct it in the future. Most importantly, keep your eyes on your goal. I will leave you with one quote that I would recommend that you memorize and reflect on, “Refuse to let circumstance alter your thinking, and you will see circumstance grow into the image of your thought.”

Positively Caviar, Inc. (PCI) is a grassroots nonprofit organization focused on instilling mental resilience by way of positive thinking and optimism. Each month, a member of the Nucleus Team will feature a column focused on mental and physical health tips, scientific studies, nutrition facts and stories that are positive in nature to support a positive and healthy lifestyle. To learn more about how you can support, volunteer or donate to Positively Caviar, Inc. visit: staybasedandpositive.com.