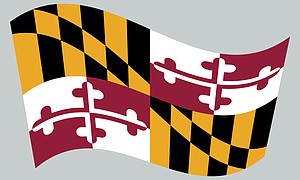 Hopefully, Governor Larry Hogan’s pledge that “the fight is not over” regarding the Maryland legislature’s override of his veto of the Blueprint for Maryland’s Future was not based on the “conservative” talking point making the rounds that Baltimore City’s rank as third highest per student school funding recipient in the country is an example of why the annual expenditure for the initiative is excessive.

A certain local TV news outlet has made the bold, biased declaration that Baltimore schools simply “are not underfunded.” Several local print media publications are propagating or strongly insinuating, the same politically motivated messaging based on “fuzzy math,” a term made popular by former president George W. Bush during the 2000 presidential election campaign.

This spurious argument is either anti-Baltimore fodder or an arithmetic deficiency or ignorance? Dividing the District’s total annual budget allocation by the total number of students enrolled as a formula to identify the actual per student instructional investment is at least incorrect if not deceptive, and certainly unfair to students who have been woefully deprived of an adequate education, now and historically.

Baltimore City— tied with Kent County— has the most schools in the state that are aged and decrepit. The average Baltimore school building is over 40 years old. The Maryland Interagency Commission on School Construction has designated only 17 percent of Baltimore City schools to be in “good” or “superior” condition, the worst in the state.

A 2014 report by the U.S. Department of Education’s Office of Civil Rights concluded: “Structurally sound and well-maintained schools can help students feel supported and valued. Students are generally better able to learn and remain engaged in instruction, and teachers are better able to do their jobs, in well- maintained classrooms that are well-lit, clean, spacious, and heated and air-conditioned as needed.”

Not only does an inordinate amount of Baltimore City Public School financial resources go to maintain, repair, renovate and replace dilapidated facilities but additional human resources are deployed to address these same conditions, robbing students of critical classroom learning time. Add to that the cost to feed roughly 80,000 students breakfast and lunch every day and it becomes clearer how the so-called third highest per pupil allocation in the country is being expended.

If Baltimore City’s public education budget seems bloated it’s because the historic disinvestment in the system for more than six decades has caught up to reality in the 21st century. The State of Maryland has acknowledged Baltimore schools are underfunded by at least $290 million and by as much as $358 million annually. Last year, the ACLU of Maryland asserted, according to the State Department of Legislative Services, that there has been a $2 billion shortfall in required funding for Baltimore students.

The argument made by some opponents of the Blueprint for Maryland’s Future is a hard-hearted pretext that the amount of money required to achieve equity for students who have for generations suffered genuine loss of educational opportunity and the indignity of being intentionally underserved by certain politicians and public institutions sworn to advocate for their best interests, is disingenuous.

It is a bogus rejoinder, similar to the heartless rationale recently served up by some members of Congress that providing for millions of hungry American citizens waiting in miles-long food lines, and equal numbers— many the same people— facing impending evictions, is simply too expensive to extend a merciful lifeline during an apocalyptic pandemic.