At-risk populations need to be priority beyond vaccine 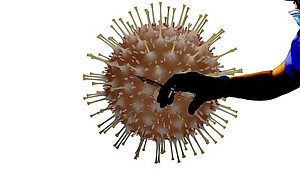 An end to the pandemic is finally in sight. Both Pfizer and Moderna reported that their vaccine candidates are 95 percent effective, and subsequently received emergency use authorization from the FDA.

Prioritizing the delivery of vaccines to people most at risk— including those with underlying illnesses and those who live in communities disproportionately impacted by the virus— is the right thing to do. Chronically ill patients are six times more likely to be hospitalized and 12 times more likely to die following infection, compared to their otherwise healthy peers. Meanwhile, hospitalization rates among African Americans and Hispanic/Latino individuals were 4.7 times the rate of Caucasian individuals; and the death rate of those with intellectual disabilities is roughly twice that of the general population.Policymakers’ recognition that patients facing the most risk deserve early access to the vaccine is worth applauding. But inexplicably, an increasing number of policymakers also seem comfortable with the exact opposite approach for other critical medicines.

Among both Republicans and Democrats, there is growing interest in the use of “quality-adjusted life years,” or QALYs, to “value” medicines. QALY-based value assessments are discriminatory, especially to elderly and those living with disabilities.

Here’s how the QALY approach works: If a treatment provides a patient with an additional life-year of “perfect health,” it is awarded one QALY. If a treatment extends a patient’s lifespan, but fails to return them to perfect health, it only receives a fraction of a QALY. The more QALYs a drug provides, the more “valuable” it is.

The Institute for Clinical and Economic Review, or ICER, has long urged policymakers and insurers to rely on QALY analyses when deciding how much to pay for new drugs.

The result is as heartless as one might expect. Suppose a patient suffers from a neurological disorder that produces a range of symptoms from blindness to partial paralysis. Now, let’s suppose the FDA approves a new treatment that restores the patient’s vision, but does little to address their mobility issues.

For ICER, this hypothetical breakthrough drug would never yield a “full” QALY, as it wouldn’t restore the patient to “perfect health.” Despite greatly improving the patient’s condition, the drug may only be deemed worthy of half a QALY, thus insurers’ would be urged not to cover it because it’s not considered cost-effective by ICER’s standards.

Cost-effectiveness evaluations inevitably and systematically discriminate against those living with chronic illnesses, disabilities, and mental illness— those Americans for whom a return to “perfect” health is impossible.

If ICER’s valuation methods continue to gain clout, vulnerable groups may find that the medication upon which they once relied is no longer covered by insurance. Meanwhile, the prospect of advancing innovative new treatments that benefit Americans with chronic illnesses, disabilities, and mental illness will become bleaker.

Three decades ago, Oregon tried to employ such discriminatory metrics in a public insurance program, but a legal challenge ultimately found them in violation of the Americans with Disabilities Act. Unfortunately, QALYs are, once again being considered by insurers, state-run Medicaid programs, and policymakers with the aim of reducing healthcare spending.

While this goal is understandable, the target is off base.

The incoming administration has a chance to put an end to QALYs. Vulnerable Americans desperately need our help. We cannot let them down.

Patrick J. Kennedy, a former Democratic U.S. representative, was lead author of the Mental Health Parity and Addiction Equity Act. He served on the President’s Commission on Combating Drug Addiction and the Opioid Crisis. This piece originally ran in the Boston Herald.