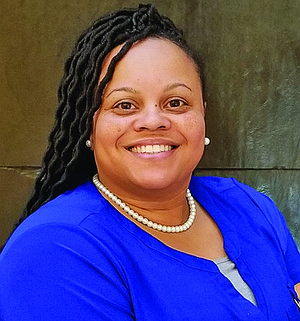 “It’s been a book that I’ve been writing in my heart for about 30 years,” Johnson said. There is little reason to wonder why Johnson, who works to protect children from harm, wanted to publish a book, which people of all ages could understand. “When I was young, I started noticing violations of young people, including myself, in terms of not feeling like my body belonged to me,” Johnson said.

Johnson says she became protective of her younger siblings and cousins, and later, she offered counsel to many who suffered sex abuse as children.

Johnson’s book follows a school social worker and students discussing the four “body safety zones”— mouth, chest, private parts and bottom. They also discuss how to tell adults “no,” if they make them feel uncomfortable and how boys should speak up, too. 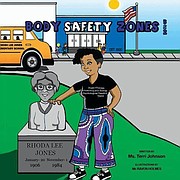 “Sometimes, a person who touches children will tell them lies or things that are not true, such as ... ‘This is a secret, so don’t tell anyone.’ Don’t trust them, friends, tell a trusted adult,” Johnson writes in the book.

“I have had a lot of clients in my private practice share with me the devastation of sexual abuse,” Johnson said. “My spirit was unsettled. Children are my favorite people, and sexual abuse is a pandemic that is silent and ignored. It was hard for me to get people to spread the word about this book. It’s just a tool to start the conversation.”

The Morgan State and University of Maryland graduate says there is a lot of information available to the public about child abuse. However, Johnson pushes prevention over intervention. 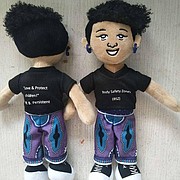 “You have to prevent child sex abuse and the devastation that comes with it,” Johnson said. “It’s a violation of not just your body, but your soul. There is a lot of anxiety, depression, relationship issues, sexual health issues, identification issues like ‘Who am I,’ and “Where do I fit.’ There’s a lot of uncertainty.

“I’m a proponent of prevention, so what better way to empower little people than with information [to] let them know that adults have to respect their bodies?”

At 32 pages, “Body Safety Zones’ includes a glossary of terms and a resource page featuring child advocacy organizations. “In the book, I didn’t name actual body parts. That’s why it’s ‘zone,’” Johnson said. “But in the back of the book, there’s a glossary that encourages parents to give the proper name because that’s how predators capitalize, by giving a private area a different name and normalizing it. Knowing the correct names empowers children. I want to leave parents with a plethora of resources, so they can further educate themselves to see how devastating this can be for children.”

Johnson spent the fall teaching body safety zones to youth actors (ages 3 -8) at Arena Players Theater in Baltimore. The book pays homage to her students and Johnson’s great grandmother, Rhoda Lee Jones, who raised her and inspired her passion for children.

“I asked the kids if they want to be a body safety advocate or ambassador,” Johnson said. “I shared with them that when you speak up and see something that’s not right— that’s being an advocate. An ambassador is spreading the word and teaching others about body safety zones. Many of the kindergarteners and pre-kindergartners said they want to be ambassadors. They get it.”

A portion of the book’s proceeds will benefit a book scholarship in Johnson’s great grandmother’s name and child organizations that work toward the prevention of child sex abuse.