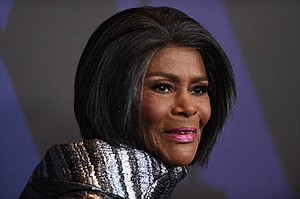 (CNN) — Cicely Tyson, an award-winning icon of the stage and screen who broke barriers for Black actresses with surpassing dignity, died Thursday, her manager Larry Thompson confirmed to CNN.

She was 96. A family statement did not reveal the cause of death.

“I have managed Miss Tyson’s career for over 40 years, and each year was a privilege and blessing,” Thompson said in a written statement.

Through a career that lasted decades, she is best remembered for the 1974 TV miniseries “The Autobiography of Miss Jane Pittman,” in which revolutionary aging makeup helped her portray the title character from early adulthood into her final years as a centenarian. The role earned Tyson Emmys for best actress in a drama and actress of the year.

Tyson was awarded an honorary Oscar in 2018 for her body of work, with the Academy of Motion Picture Arts and Sciences citing her “unforgettable performances and personal integrity.” She had been nominated for an Oscar for her role in the film “Sounder” in 1973.

Tyson continued to work regularly into her 90s, including on popular TV programs such as “House of Cards” and “How to Get Away with Murder.” She told Time magazine last year — when she appeared on the cover — she had no plans to retire.

The actress chronicled her lengthy career in her first memoir, “Just As I Am,” which was just released Tuesday.

“Cicely thought of her new memoir as a Christmas tree decorated with all the ornaments of her personal and professional life,” Thompson said. “Today she placed the last ornament, a Star, on top of the tree.”

Tyson embodied African American women who demanded attention — and more than that, respect. She played former slaves, civil rights icons, sharecroppers, truthtellers, mothers and other complicated women — bringing a sense of depth, nobility and grace to every character.

Her filmography includes some of the most celebrated movies and television shows featuring Black women in major roles. Along with “Sounder” and “Miss Jane Pittman,” Tyson starred in “Roots” (1977), “The Marva Collins Story” (1981), “The Women of Brewster Place” (1989), and “The Help” (2011).

Yet she said her most important accomplishment happened in 2016 when President Barack Obama awarded her the Medal of Freedom.

“In her long and extraordinary career, Cicely Tyson has not only exceeded as an actor, she has shaped the course of history,” Obama said that day.

Tyson described that moment as “the most important thing that could happen to me.”

“I am one of three children, grew up in the area that is now known as El Barrio and that was the East Side (of New York),” she told TV host Steve Harvey. “To come from there to the White House with the first black President … to put that medal around my neck: Where can you go from there?”

Tyson was born December 19, 1924, in New York to William and Theodosia Tyson. Early on, she gravitated toward performing, playing piano and reciting in her family’s church when she was a child. She later attended New York University.

Tyson said she was “the bane of her mother’s existence” because she couldn’t keep still when she was little.

“I was always going, I was always trying to find things, learn things, make things,” she told Harvey. “So I drove her crazy.”

As an adult, Tyson began her entertainment career as a model when she was discovered by a fashion editor at Ebony magazine in the 1950s. She had substantial theater parts in the early part of the decade and was on television regularly in guest-starring roles by the mid-1960s.