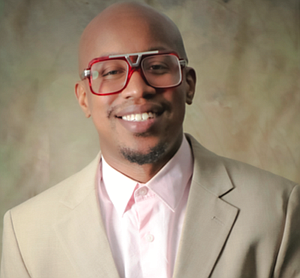 Alan Upshur started writing the pages of his book Prison to Paradise during his first incarceration, but it was during the second that he really started committing to living the life he was writing about.

Upshur says he realized “prison is not a location, it’s a mentality.” The mindset of living every day to get by and survive is the cage he believes leads to physical imprisonment.

The West Baltimore native has always been an ambitious, go-getter with an entrepreneurial spirit. When he was 18, he used those qualities to make fast money by committing robberies. He admits he was prone to violence and drinking which was a dangerous combination. He received a three-year sentence for felony robbery and did 18 1⁄2 months in prison.

Growing up, Upshur witnessed violence and the effects of addiction but his parents worked hard to keep him from a life of crime. He attended public and private schools and went to Bowie State University and the University of Maryland Eastern Shore. In fact, he was in college when he decided to start selling drugs. He sold marijuana, which he felt was harmless. However, that placed a target on his back for other criminals who wanted his money and/or product, which is exactly what happened, someone tried to rob him and he stabbed the person. This led to an attempted murder charge and an eleven- year prison sentence. He fought hard to get an early release and served did three and a half years of that sentence. Once he was freed both mentally and physically from prison, Upshur became a real estate professional, mortgage lender, sold clothes, cars and published his book, Prison to Paradise and a second book Stay Outta the Bullsh*t. His goal with both books is to change the mindset that leads to prison as well as help the formerly incarcerated find jobs and avoid recidivism.

Upshur said that both times he went to prison were due to financial reasons. He believed he had to engage in illicit activities to make money, but now knows he can do that legally. He is not ashamed of his past and has spoken at correctional facilities, schools and churches about the importance of “using your negative circumstances as fuel to become successful with your positive aspirations.”

Upshur says that one of the best ways we can help young men make different choices and stay away from crime and out of prison is “by having mentors that they can relate to. Multiple mentors at that, within different aspects of our men’s lives— financial, relationships and career wise. This is one of the strongest aspects [is} in my opinion having the right guidance.”

Upshur is currently a real estate professional with Coldwell Banker and co-owner of ABG Easy Hauling. He has received several awards for his work in real estate and was a 2017 NAACP honoree for Prison to Paradise. He is committed to his paradise mindset, which keeps him financially secure, thriving and contributing positively to his community.

Both books Prison to Paradise and Stay Outta the Bullsh*t are available from Amazon. Connect with Alan on Facebook @alanjupshur and on Instagram @alanupshur