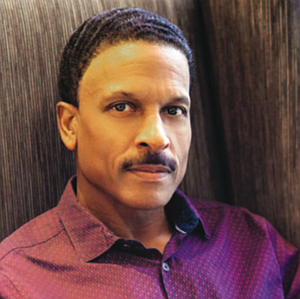 Google “Civil Rights Movement” and you’re likely to find photos of throngs of Black people sitting together at counters, meeting in churches, marching side by side in streets; strengthened by the knowledge that they are in the fight together. In certain spaces, When some people fight for justice, for all intents and purposes, they fight alone. Today, these spaces are the ballet companies, golf courses, palaces in England, and NASCAR race tracks. Those who take on these fights are usually pioneers and more significantly, barrier breakers. The fights they wage are usually quiet, brutal, and though highly visible, very lonely. 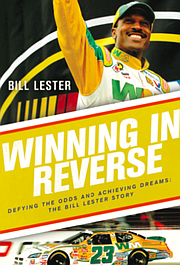 Like most sports that remain mainly white, capital is a huge barrier to entry in car racing. It costs money to be able to race cars. Persistent structural inequities work to keep many African- Americans out.

Winning In Reverse is a delight for sports nerds, with its explicit attention to the intricacies of car racing, and Lester’s extraordinary talent at capturing the emotions of being in a race car speeding around a track, under various conditions. Admittedly, you have to be a pretty eager enthusiast to really appreciate these sections of the book, but the passion with which Lester writes is captivating.

Lester was an outlier in another very important way as well. He entered the sport professionally in middle age, seeing no clear way into sustaining a racing career before that. A degree in engineering from UC Berkeley secured him an enviable job at tech company, Hewlett Packard, where he stayed for fifteen years, racing when he could during his free time. At a time in his career when he could have nimbly stepped into upper management, Lester left his job. As he stated in the book, “Being on the fast track in the relatively early and heady days of Silicon Valley didn’t hold much appeal for me. I was living for the weekends and the racing it would bring.”

The ride, however, wasn’t a smooth one, though Lester had a number of achievements. He hit plenty of bumps in the road, mostly due to the entrenched feeling that NASCAR was a sport only for certain types of people (that is, not Black people).

In Winning In Reverse he shares what he learned after working with a particular support crew, that there was ongoing sabotage. His cars and equipment weren’t maintained in such a way as to ensure he had the best chances at winning. Because others maintained his car (and his safety) speaking out was a complicated proposition.

Raised upper middle class in Silicon Valley (he practiced as a teen in his mother’s BMW), getting into racing wasn’t an issue for Lester. Staying in racing however, requires regular inputs of large amounts of capital, usually in the form of corporate sponsorships. Though Lester did well in showings, sponsors weren’t showing up.

The difficulties spurred Lester’s efforts to promote diversity over years of fitful starts and stops. Lukewarm commitment and conflicts of interest worked to dilute the impact of the diversity efforts Lester almost single handedly, championed.

His encounter with basketball legend Magic Johnson starkly illustrates the difficulties of diversifying the sport. Johnson was brought in with great fanfare by the NASCAR Executive Steering Committee to help move forward minority business opportunities and participation in the sport. The pair met and Johnson seemed to really understand the issues Lester was dealing with. In the end, nothing came of it. Lester wrote that Johnson, “Ended up leaving the Executive Steering Committee on Diversity rather inconspicuously.” Ultimately, Lester continued his fight virtually alone.